Co-creator and star rider of the now defunct Team NAD, Nico Bell, is determined to guide and support his teammates following the unfortunate loss of its title sponsor. 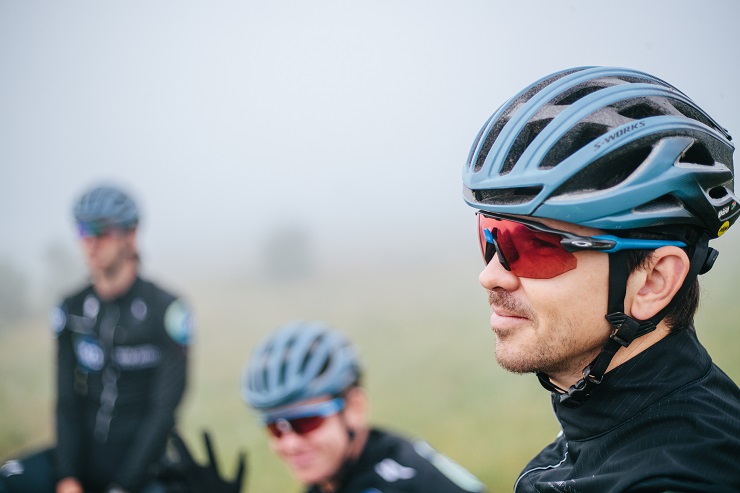 New Africa Developments (NAD), which operates within the retail property sector, was one of many companies nationwide forced to streamline its operations during the economic downturn caused by the coronavirus.

Bell’s focus is now on finding a new sponsor and guiding his teammates, Matt Beers and Wessel Botha, toward further success in their careers.

“They’re young and have plenty of time left to race professionally, while I only have a year or so,” says the 36-year-old, who is still at the top of his game after 20 fruitful years in the sport.

These days he loves mentoring younger riders as much as getting his hands on silverware. Competing in the seven-day La Leyenda del Dorado in Colombia last year alongside Botha, 15 years his junior, rates as a special experience for him.

Apart from romancing a possible sponsor, the former national marathon mountain bike champion has his sights set on bringing an additional rider into the fold.

“I feel the dynamic is better with four. Then we also have backup if needed.”

Bell says he was fortunate in that NAD allowed him to run the team the way he saw fit and that all the infrastructure and know-how are already in place to forge ahead once they secure financial backing.

They also had the freedom to pick and choose their events and chase personal goals which, he feels, are impossible without a sponsor as a pro rider’s life is dedicated to eating, sleeping and training.

“These are all ingredients to achieving the winning formula.”

The three-time Barberton XCM MTB Challenge winner says the public’s response when news of the sponsorship termination broke has been amazing.

“It makes us realise how well the team were run and how many positive followers we have.”

Apart from finding a lifeline for his team, he is focusing on his shop in Mbombela, Bell’s Cycling, which has also been affected by the pandemic.

“The loss of income from not racing has left me with trying to obtain a salary from the business,” says Bell, who leaves home at 6am every day to train before heading straight to work.

“I still love riding my bike. The fresh air and seeing the sun rise help kick the day off on a positive note.”

He says keeping busy, sticking to structure and spending time with family have motivated him in these times.

“Now I find myself building bikes to sell online and to keep the shop stocked for when we’re back to full retail in Level 2,” explains Bell, who kept himself busy with woodwork while in lockdown on the farm.

On a personal level, pulling on the African Jersey at the Cape Epic is the one goal that is still driving him on before he is ready to submit to the new generation.

“I’ve come close on a number of occasions. I would also like to complete my 10th Epic.”

Is it possible that achieving these goals could coincide in 2021?