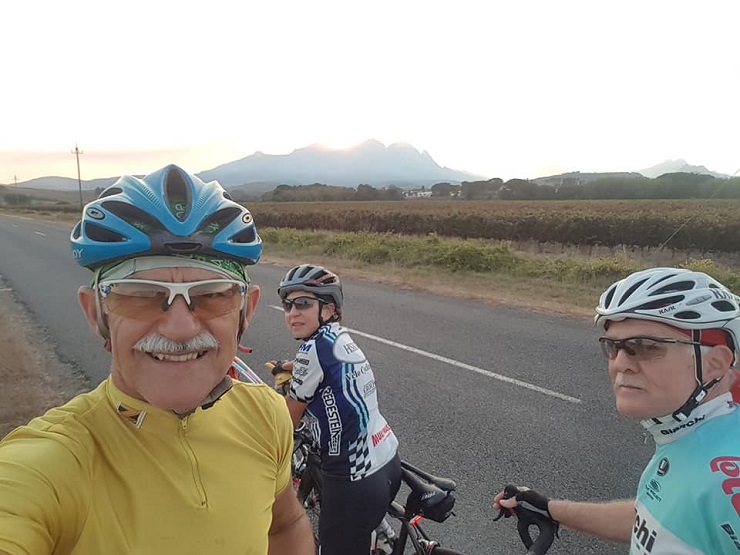 The incident happened while the 63-year-old was cycling in Main Road, Tokai, at 8.40am on Friday.

“A tow truck with a vehicle on top passed myself and another rider behind me. It was so close that the car passed our heads with centimetres to spare,” Van der Merwe stated in a Facebook post.

He said they caught up with the truck at the traffic light and, when they rolled past, asked the driver – who seemed to be in his mid-40s – to be more aware of a safe passing distance.

“About a kilometre down the road, after he had passed us, he pulled off the road, jumped out and stormed at us.

“The cyclist behind me stopped about 10m further back and started filming the altercation in the traffic.

“The driver was preventing me from passing him to continue my ride and was physically threatening me. What possibly withheld him from attacking me was the fact that someone was filming him.

“I continued, thinking that it was just someone in a bad mood.”

Van der Merwe said, shortly afterwards, the driver had again pulled up next to the curb and was waiting in the middle of the traffic and storming towards them.

“Like a good fly-half I increased my speed, heading straight at him, faked to the left and passed on the right, but the guy behind was not that lucky. He received a couple of wild punches while passing.

“I was concerned that the guy was not going to give up and physically run us over with the truck. He was mad as hell.

“It seems some people are becoming ‘bossies’ during lockdown!

“I would like to access that film footage and place a charge with the police, because that was an assault on two cyclists by one very angry person.”