A return to the UCI World Cycling Centre is on Jonathan Bouwer’s mind as he prepares for a crack at the Junior Track World Championships in Cairo this August. 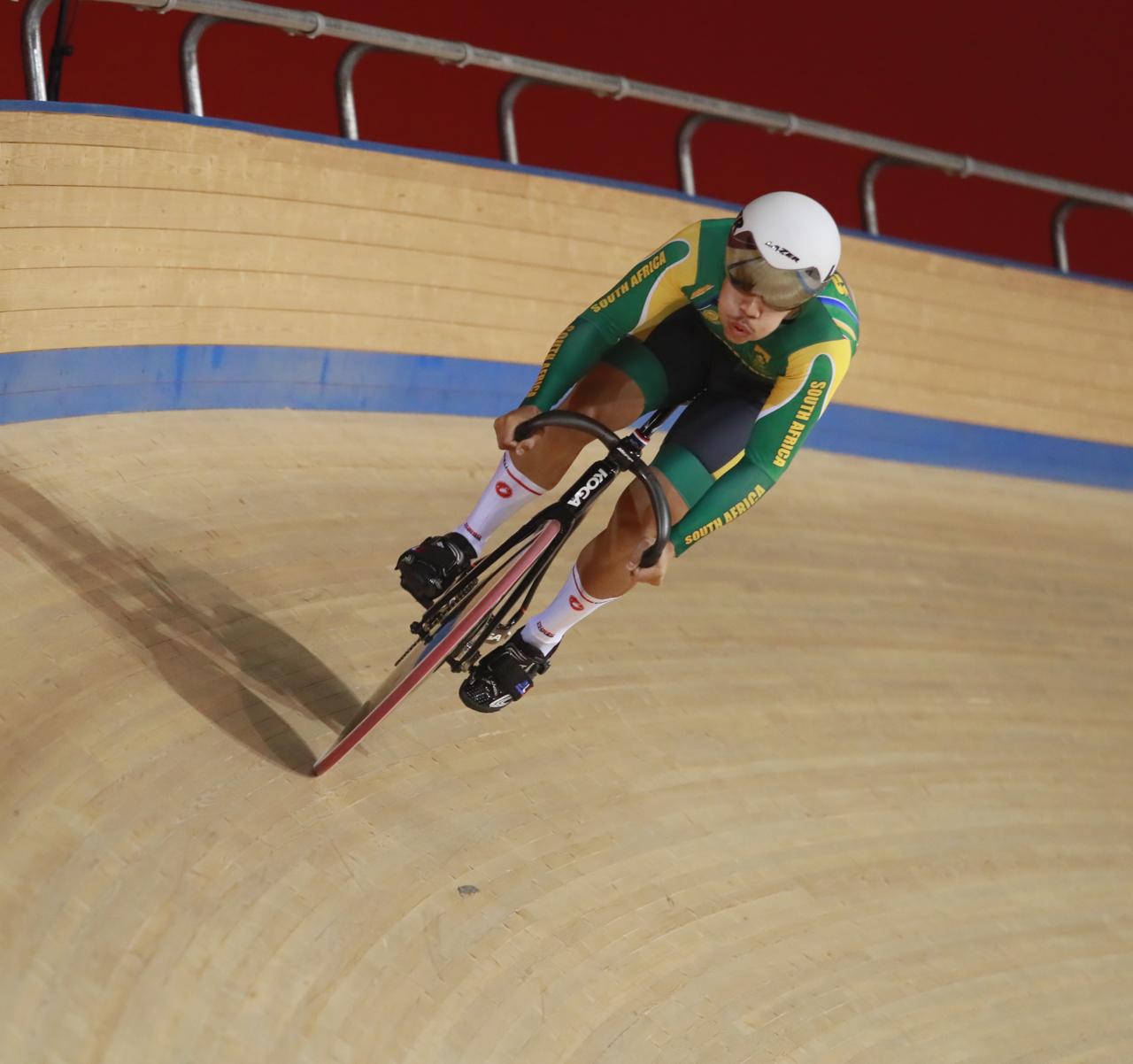 Jonathan Bouwer is looking forward to competing with the best at the Junior Track World Championships in Cairo this August. Photo: Supplied

His number one objective is to make an impact by breaking the national record in the team pursuit alongside teammates Chanton Perrins, Kyle Swanepoel and Dillon Geary.

“It would be really awesome for us to break the record,” said the 17-year-old who was also looking for top rides in the scratch race and madison, with Perrins as his partner in the latter.

He hoped that his performances in Egypt would help him crack the nod for the UCI’s five-week programme at its training facility in Aigle, Switzerland.

“I feel that doing well at the Worlds could possibly open doors for me,” said Bouwer, who had trained at the centre previously.

“When I went for the programme last year, I was accompanied by Tiano da Silva. Because he did well in his races, he was able to rejoin the U23 programme.

“I’m hoping that maybe I could get a similar opportunity.”

It will be the Kinetic Pro Cycling rider’s second trip to the Worlds and he was looking forward to the competitiveness of racing at the highest level.

“The junior level is fast and furious from the gun,” he explained.

“We are racing in an open velodrome, so it will definitely be a challenge getting used to the weather. The feel of the track and the atmosphere will also play a big part.”

Bouwer admitted to struggling to adapt to training indoors at home in Bellville during lockdown.

“Sometimes training can be long on the indoor trainer but good company and good music go a long way.”

His love for the sport, the setting of new goals and his family’s support helped him to stay motivated during these dark times.

“My family have been there for me through every important and insignificant cycling moment: from supporting me in races to transporting me to events and giving me the opportunity to race overseas.

“I will always be grateful,” said the youngster who was introduced to the sport by his father in 2016. He was hooked after placing second in one of his first races.

“I enjoy the sense of freedom that you get from riding your bike outside. There are no distractions. It’s just you, your bike and the road.

“Nothing compares to that feeling.”

However, it is not all sunshine and roses.

“The sport has also taught me that when life knocks you down, you pick up your bike and keep riding.”