The Vuelta a Espana will not pass through Portugal this year, organisers announced earlier today. 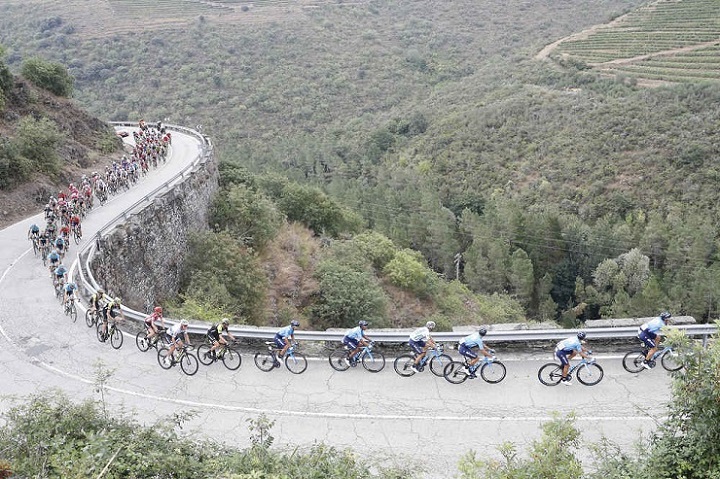 As a result of the coronavirus pandemic, the 2020 Vuelta a Espana will not go through Portugal as initially planned. Photo: Luis Ángel Gómez

The decision was made after the three host municipalities – Oporto, Matosinhos and Viseu – were unable to guarantee optimal conditions for the race due to the coronavirus pandemic.

Stage 15 was scheduled to finish between the localities of Oporto and Matosinhos, while Viseu would have been the departure location for stage 16.

“It’s a shame not to be able to visit Portugal in 2020, but we don’t want this flame to be put out,” said Javier Guillén, general director of Vuelta organisers Unipublic.

“We will keep this relationship alive as well as maintain and develop the links we have formed so that we may return to this country that has treated us so well.”

He confirmed that the new host cities had already been approved, but that information would only be released once the routes were finalised.

“In a situation as exceptional as the one we are currently living, we have to be flexible and understand these kinds of decisions and changes.”

The news comes a week after the Grand Tour’s official departure from the Dutch regions of Utrecht and North Brabant were cancelled due to sporting events in that country being forbidden until September.

Utrecht would have hosted the opening stage followed by stage two from ‘s-Hertogenbosch to Utrecht. Breda, in North Brabant, would have seen the start and finish of stage three.

The cancellation of the opening weekend meant this year’s edition had to be cut to 18 stages, making it the shortest since 1985 when it featured 19.