Timothy Hammond, who has been unbeaten in the gruelling Trans Baviaans mountain bike race, will hang up his wheels and start a new journey with Game Rangers International from next month. 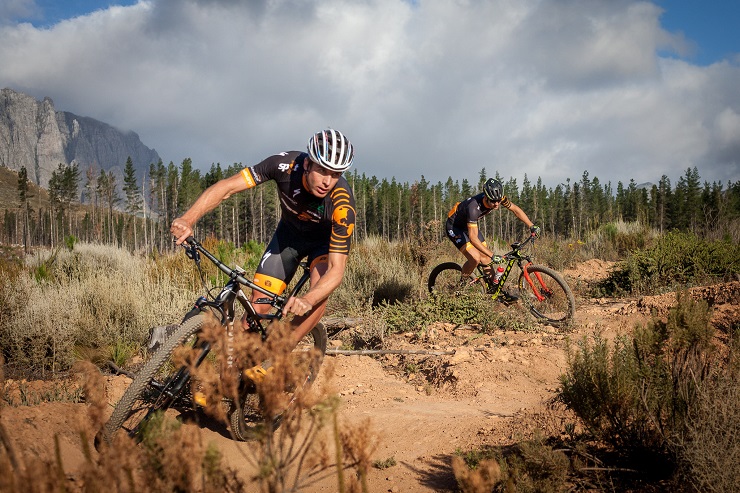 The four-time champion did not plan to call a halt to his professional career this year, but the opportunity arose for him to work in an orphaned elephant release programme and it was hard to refuse.

“The timing just seemed right to make the shift. Things fell into place before the pandemic arrived, but the uncertainty in sport amid the coronavirus gave me complete peace of mind about the move.

“The wild species in Africa are under serious threat from human pressure, so being involved in a workable solution is very exciting,” said the 32-year-old, who rode for SPOT Africa-Specialized Stellenbosch.

The Somerset West resident, who will be based in Kafue National Park in Zambia, said, emotionally, it had been hard to accept that he was voluntarily stepping away from a unique life that had given him many amazing experiences.

“However, I do have this feeling of contentment that I wouldn’t have done anything differently. I’m just grateful for the opportunities and people that God put in my life,” said Hammond, whose career spanned seven years.

He said it was hard to put his highlights into a condensed list, but a few achievements stuck out.

“The adventure and challenge involved in getting the Epic Legend medal will stay with me forever,” he said, referring to the title given to riders who have completed all three Epic Series Legend Races: Swiss Epic, The Pioneer and Cape Epic.

He placed 19th in the 2018 Swiss Epic and 14th the following year. In his first and only Pioneer, two years ago, he finished second.

“Another race that has a special place in my heart is the Trans Baviaans, which I won for the fourth time from four starts in 2018. It was one of my first big wins.

“The 2017 sani2c was my most intense and thrilling racing memory when Matt Beers and I took the lead on the final stage in terribly muddy conditions only to lose it again in the final kilometres to finish second on the day and overall.

“What a rush it was racing with someone as powerful as him.”

Hammond said placing second in 2018 in the mixed category alongside his sister Lauren at 1Zambia, a race he had won in 2016 and 2017, was special.

“We crashed into each other in thick sand near the finish on the last day. The image of us lying on the ground full of dust will make me smile forever.”

He felt that the most difficult part of his career was during the early years when he was trying to find support to race.

“When the transition from a hobby to a career starts and you don’t have any results or a reputation, it’s hard and you end up doubting yourself.

“I was really fortunate to have my parents’ full support, but without that I don’t think it would have been possible.”

Another challenge was finding consistency with a teammate for stage races.

“A partner you gel with is crucial to achieving good results and enjoying it in the stage racing arena.”

Hammond, who focused on marathon racing, advised up-and-coming riders to develop healthy relationships with sponsors and to be faithful to them.

“Also, always be humble and approachable at events.”

Being committed in training and racing your heart out were key ingredients to success, according to him.

“When you’re not feeling on top of your game, don’t sit up thinking of excuses, just put your head down and grovel, you’ll always surprise yourself.”

This might be the end of Hammond’s professional career, but he’s not completely packing away his bike just yet.

“There are many more adventures to be had. A fourth Cape Epic and fifth Trans Baviaans is not out of the question.

“I will definitely still be on the trails and at the odd race, but without a power meter and probably in baggy shorts going a bit slower.”