An article detailing Wimpie van der Merwe’s recent clash with a road raged truck driver has raised the ire of fellow cyclists, who questioned whether the former Springbok was adhering to lockdown regulations at the time of the incident. 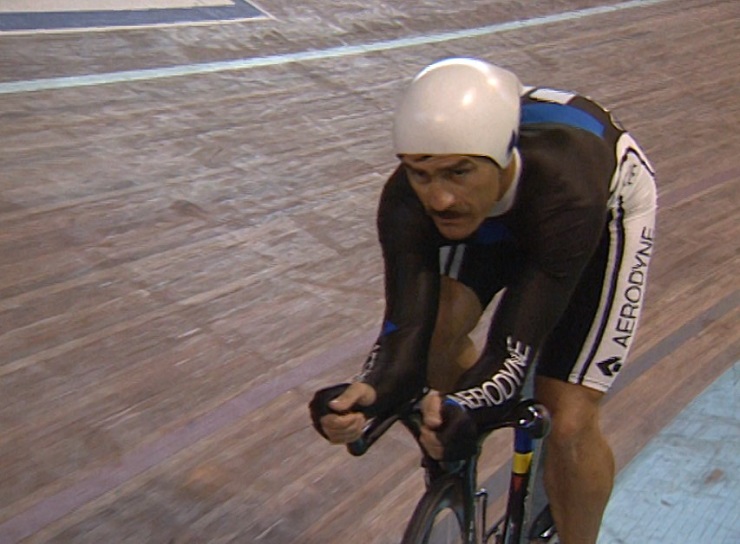 Wimpie van der Merwe shared his side of the story after questions were raised about him not adhering to lockdown regulations. Photo: Supplied

The 63-year-old Strand resident, who had been charged by a truck driver in Tokai in Cape Town at 8.40am last Friday, was more than happy to field In the Bunch’s questions and to give his side of the story.

The health practitioner at Impact Health Solutions explained that he is in possession of an essential services certificate and had been in the area for work.

“During the lockdown I contacted traffic officials and asked if they had any objection to me using any kind of transport, whether bicycle or Uber, for work. They said, ‘Sir, we have no problem with you travelling’.”

Van der Merwe, who travelled around 30 000km annually by car for work in his area and further afield, said he had cycled through blockades and had blue lights pass him during lockdown without anyone stopping him.

“I think there’s a fear that is self-created and there’s a panic among people that something is going to happen to you if you ride your bicycle. You can commute with your bike, so I am commuting.”

Van der Merwe said his appointments were fortunately only about 15 to 20 minutes long and instead of travelling to his clients by car, he used his bicycle.

“So it becomes my mode of doing business. I try to schedule my appointments for before 9am, but if people can’t see me that time then I still continue travelling that way.”

To those who had been monitoring his Strava profile and doubted whether his rides resembled commuting, Van der Merwe said that one, unfortunately, saw the best and worst of communities during crises.

“One of the things that happened during the Cold War was that society was encouraged and incentivised to spy on one another and report it to the authorities ‘for the good of the greater community’.

“I see this happening in South Africa during lockdown: the Strava police, the beach police and those who phone the police because they saw their neighbour walking the dog or outside his yard. One would imagine this under Stasi and KGB rule, not 21st century South Africa.”

However, he added that he was not in favour of the 5km rule for cyclists as it could not be enforced.

“When a law cannot be enforced it is useless. However, citizens are paralysing themselves with self-inflicted fear.

“It is every person’s obligation to be free. If not, he is a sheep and is to blame.”

He felt that one was either a victim of the lockdown or an overcomer by taking initiative.

“I refuse to be a sheeple and will use my bicycle as a mode of transport, because it is allowed. Overseas, people are encouraged to rather cycle than commute by car during the lockdown.

“As an essential services provider, I travel by bicycle to my appointments where possible. My clients are accommodating and will see me sweating and with my gear on.”

He added that British Cycling’s governing body had just been granted a two-billion-pound sponsorship for paths to help make the country more cycling friendly.

“This has to happen during lockdown when there are very few cars on the road. This is an ideal time to create infrastructure which might not be possible with high traffic volumes.

“South Africa can consider the same, but I suppose that is a pipe dream.”

Van der Merwe said he told himself every morning that he had to live his dream that day – even while under “house arrest”.

“I’m living my life, even in lockdown. It can either be dull or it can be exciting.

“I choose to die without regrets. I want to push the envelope and chase the sometimes seemingly impossible,” he said, with the national one-hour record in 1994 and more than a dozen world records as a case in point.

“I write my life’s story and do not allow someone to rain on my parade; not even those with an evil agenda of closing down the world’s economy. If you allow that, you are to blame.

“A magnet attracts metal, because that is what it does. Likewise, I need to attract and associate with people who are positive, fun, who don’t take no for an answer and who are energisers.

“That makes it easier to live the life I intend.”