For former professional cyclist Andrew Mclean there has never been a more important time to be on your bicycle than right now. 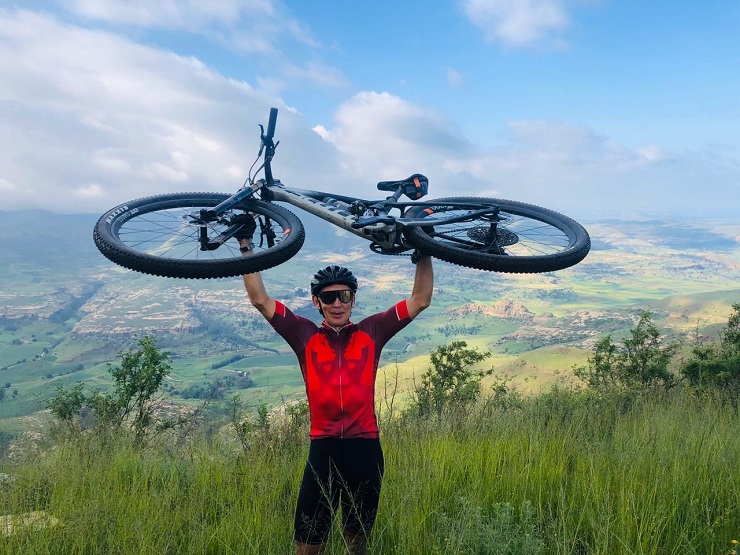 The 53-year-old, who is a household name in South African cycling circles, believes that cycling can just be the thing one needs to keep a sound mind and body in these difficult times.

“The current world crisis has never made the bicycle more relevant than it is right now,” says the four-time Giro del Capo champion.

“Whether it’s for transport, health or just to spend quality time with family and friends.”

Mclean, whose pro career started way back in 1984, had accumulated an impressive list of successes by the time he hung up his wheels in 1998.

“I’ve been lucky and privileged to win events on and off the road, but to me the most special victories would have to be winning my age category three times at the Cape Epic.”

While there were many highs, there were always the inevitable lows to deal with as well.

“For every win I got, I’m sure I came second at least 10 times,” says the former winner of South Africa’s two biggest road classics – the Cape Town Cycle Tour and 947 Ride Joburg.

“I certainly don’t see myself as the most talented and natural cyclist but I did, and still do, train really hard and that’s how I was able to win my fair share of races,” says Mclean, who still trains up to six days per week.

“I hope I was able to show young cyclists that you don’t need to be the most talented or have the best equipment to be able to be a good cyclist.”

Having received so much from the sport, he finds some purpose these days in helping young developing riders “ride safer and farther than they ever have”.

“I’m also lucky and privileged that my job is my passion,” says Mclean, whose goal is to build a world-class cycling retail ecosystem that is less about selling a bicycle and more about changing a life.

During lockdown, he took the time to enjoy the technology of virtual cycling at his home in Johannesburg.

“I’ve come to have some great fun with the gamification of Zwift cycling, including the unbelievably competitive racing.”

In the end, he says, it is about finding a deep love and passion for the sport, no matter your age or where you come from.

“Up-and-coming talent must first and foremost enjoy their bike and love riding it while also making sure to get an education.”