Phillimon Sebona, who recently took on a role as manager and ambassador for the C2R cycling team, started writing the script of his career story at the age of 19. 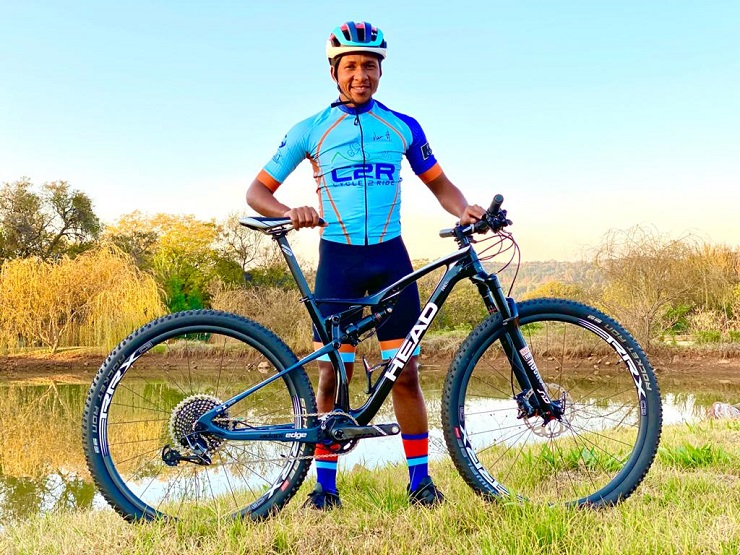 He arrived in the industry as a bike washer at a well-known retailer in Pretoria nine years ago and has been sprinting up the corporate ladder ever since.

His first break came when management identified his talent and trained him as a mechanic. A promotion to workshop manager, and then to salesman, followed within five years.

In 2016, Sebona jumped ship to a rival company where he worked as floor manager before signing a pro deal with PYGA Euro Steel.

“It all worked out well as the mountain bike team was run by one of the members of the shop,” explained the 28-year-old. “They were very helpful and assisted in managing my time between the shop and racing.”

During his three years with the team, he collected several victories. He also placed second in the solo category at joberg2c, third at Berg & Bush alongside Pieter du Toit and won the final stage of sani2c with the same teammate.

He represented South Africa in consecutive years at the marathon Worlds in Italy and Switzerland.

But success did not come easy for the man from Botshabelo village on the outskirts of Middelburg in Mpumalanga.

Fed up with arranging lifts to school and back, he started selling peanuts to raise funds to buy his first bicycle – a Gary Fisher Mamba – in 2002. From Grade 4 onwards, he cycled the 40km to and from school.

Sebona, who was excelling as a high-jumper and captaining the cricket team at school, only really became invested in the sport when he joined a cycling programme in 2007.

“During the early years of my career, I was given the opportunity to race the Panorama Tour,” he remembered. “I really gave my all during that event and deep in my heart that was when I started to feel the drive.”

He competed in his first Cape Epic in 2012 under the Exxaro Academy banner, finishing 105th overall alongside William Mokgopo. The following year, he leapt up to 47th alongside Prince Maseko.

Finishes of 33rd and 37th followed with teammate Jan Montshioa, before failing to finish in 2016.

The following year, while riding for the Diepsloot MTB Academy, he reunited with Mokgopo to place 42nd, winning the Exxaro development category in the process.

“My first Epic definitely stands out for me. I raced flat-out, chasing eventual winner Burry Stander for 25km during the first stage.

“Then I started to cramp so badly that I had to walk some of the hills. I received help from William and the Exxaro head committee and finished the stage after eight hours in the saddle.”

Although it had been difficult to leave his PYGA family, joining C2R was the logical next chapter for Sebona.

“Cycling has changed my life. Now I’m able to do what I’ve been wishing to do, which is developing people and still having the chance to race at the top level.”