With able-bodied races being given a lifeline for later this year, South Africa’s star rider Toni Mould initially found it unfair that the international paracycling season had been called off. 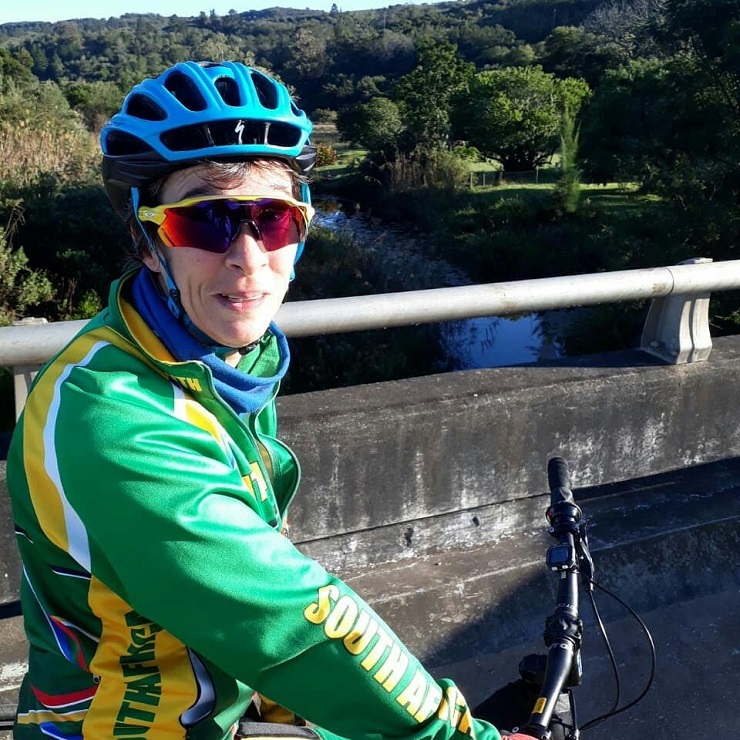 The cancellation of the international paracycling season has come as a blessing in disguise for South Africa’s Toni Mould. Photo: Supplied

“When the WorldTour and world championships restart later this year, we’ll be sitting at home,” said the six-time time-trial and five-time national road champion.

“I didn’t find that to be fair, but then I realised so many weeks have passed of not training as we normally would and being away from support.

“Also, taking into consideration the financial state of the world, it’s a relief not having to race soon,” said the 36-year-old, who competes in the T1 category.

Although this season is dead and buried, her racing mind is all but switched off.

“Events for 2021 are starting to be announced, and I know we have nationals again in February. So, although my targets may be for next year, that is only 29 weeks away.”

The Stellenbosch resident, who spent lockdown with family in Plettenberg Bay, said despite some bad days, she was generally doing well.

“Due to my cerebral palsy, I’m more susceptible to sicknesses, especially in the lungs, so I started self-isolating about 10 days before lockdown began and have only been in public a handful of times.

“My hardest struggle has been being away from friends, but my training has played a crucial role in not only being physically healthy and strong but also emotionally and mentally.”

For Mould, training is more than just a means to an end. As she trains for health reasons too, it became even more crucial for her to keep moving when the pandemic hit.

It also brought structure and meaning to her days.

“Being in a different place definitely has changed my training. I’m using different equipment and have had to come up with new ways of doing things,” she said, admitting that she misses gym and being able to use her own exercise bike.

“I trained on my mom’s exercise bike and tried to maintain my strength but without someone to physically help me do my exercises it was hard.”

Mould said Level 5 of lockdown had been a confusing time as none of the overseas events had been cancelled. Uncertain as to how things would play out, her stress levels were sky high.

“This year it also became a slight possibility for me to qualify for the Paralympics, but now that that’s been moved it has helped me to stay focused on the future.

“My faith and knowing that there’s a plan for my life, regardless of what is happening now, has also helped,” said Mould, who won a silver medal at the Worlds in 2017.

Since Level 4, her mother has been taking her for an outdoor cycle once or twice a week.

“She drives behind me in her bakkie. There are three different routes I can train on here that are close to home.

“There’s a big hill, a long flat road and a small road with turns and short flattish sections. All I’m missing are the European cobbles.”

Having to train on different equipment and unfamiliar roads made it tough to judge where her form was compared to the beginning of the season, she said.

“I know I’m not in racing condition, but I don’t have to be right now.

“Not being in gym or using weights means that I probably have lost strength, but I try not to worry about that at the moment as it’s out of my control.”

She said everyone was disappointed when the events were cancelled, especially as it was an Olympic year, but it was how one dealt with curveballs that really mattered.

“We can either rise to the challenge or sit in a heap and cry of despair.

“I’ve taken the view that the break is an opportunity for me to enjoy quality time with my loved ones, which is something I haven’t had for a few years due to the training and travelling required at international level.”

She said the enforced break had also given her body time to recover after five years of non-stop competition.

“Most of all, it has given me 12 months to improve, work on things, and be stronger, faster and better come May 2021 when the international season will start.

“I would like to challenge athletes to find the good in this year, take it, use it, and let it be a building block to a greater future.”