He had been burning to prove something and the very first Tshwane Classic, in 2017, provided Chris Jooste with just the opportunity he had been looking for. 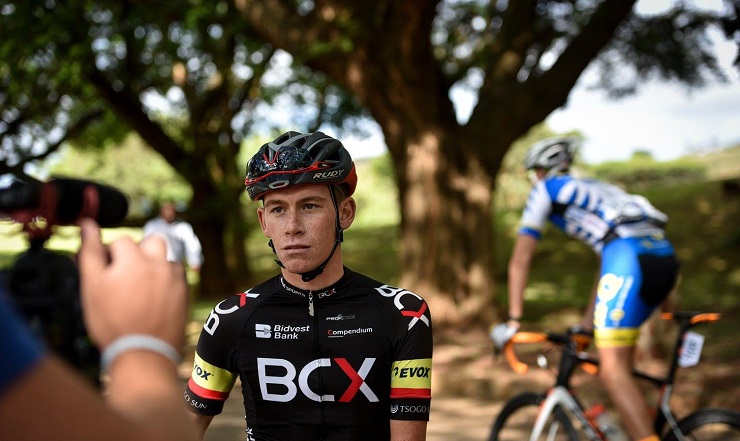 Chris Jooste‘s victory in the 2017 Tshwane Classic will remain with him forever. Photo: ZC Marketing Consulting

“It was the first time it took place and I remember everyone being really excited about it,” the 24-year-old from Kliprivier near Meyerton in Gauteng recalled the occasion.

The talk, he said, had been all about the expected showdown on the short but unforgivingly steep Tom Jenkins climb near the end.

And it was exactly there, about 87km into the 98km race, where he had been able to break away from seven other riders and solo to the finish line for an unforgettable first classics victory.

“Nothing will ever compare to that feeling,” said the Luso ACDC rider who grew up in the tiny hamlet of Prince Albert, which was overlooked by the Swartberg mountains.

“When I started the race, I was confident that I would get a good result, but to actually win was not what I expected at all. To go solo for the last 10km is something you have to just go ahead and do to test your skills.”

The mental battle in cycling played a huge role in your performance and for Jooste that victory had been the ultimate reward for his hard work and dedication.

“The fact that I was able to take the race into my hands and come out a winner had a huge effect on me and helped to improve my racing style and boost my confidence.”

With a newly found belief in himself more victories, including the Race for Victory and Knysna Cycle Tour the next season, followed.

“That year I had earmarked the Knysna Cycle Tour and I also consider it as one of my greatest achievements.”

After a string of stellar local performances, he set off on a three-month racing stint in Portugal in early 2019.

“This was my first shot at racing with some of the pros in Portugal. The time I spent there will stay with me forever.”

He had been amazed at the “crazy level” of international racing but felt that he would not be too far behind if he continued to put in the hard yards.

“I believe I proved to myself that I have potential to race in the EU.”

That experience brought back memories of watching the Tour de France on TV as a 10-year-old, which had fuelled his dream of competing overseas.

Upon his return, Jooste grabbed a stage victory in the Mpumalanga Tour and just missed out on a podium at the Race for Victory.

That had been enough to garner him an invitation to join ProTouch at the three-day Tour of Quanzhou Bay in China, where he claimed 10th overall.

“I was really grateful for the opportunity,” said Jooste. “Racing there opened my eyes to new challenges.”

He also rated it as his best international result and was thankful to his employers for allowing him to guest ride for other teams overseas.

“They have been great in giving me freedom whenever an opportunity comes along. I owe a lot to them.”

This season he placed sixth in the Cape Town Cycle Tour, the last major cycling event before lockdown.