Talented teenager Kelsey van Schoor has racked up several top results during her short career and is now ready to dip her toes in international waters. 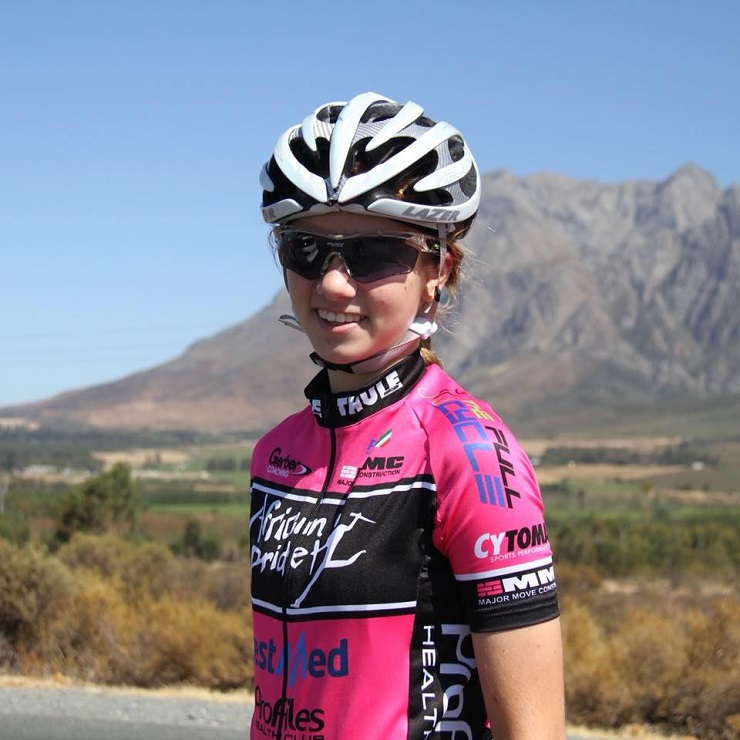 Top national cyclist Kelsey van Schoor is ready for the next phase in her life as she eyes an international career. Photo: Supplied

With the season basically written off for many athletes, the 19-year-old, who placed sixth in the Cape Town Cycle Tour just before lockdown, says planning is already under way for next year.

The African Pride rider says international racing has always been her long-term goal, which is why she has opted to study online.

“I’m currently studying BCom Informatics through Unisa. I went with the online institution as it freed up my time to train and race.

“Fortunately it worked out well for me because my studies weren’t affected by the virus.”

It has recently been announced that her coach of five years, Frans Gerber, is stepping down to support her independence as she eyes a new chapter in her life.

“It is a sad thing. Five years is a long time to be coached by one person,” says Van Schoor.

Van Schoor, who podiumed in the U23 national road race this year, says she has learned so much from him over the years. She has also been blessed with a lot of one-on-one support, which few coaches provide.

“He took me under his wing as an inexperienced U15 rider and built me up to being able to compete in two junior world champs,” says the Port Elizabeth local, who placed 33rd in the road race two years ago.

She is grateful for the knowledge he has passed onto her and the total dedication he has shown by taking her training and supporting her at races.

“I’ve also travelled to a lot of places around the world with him to race. He was more than just a coach – he was my mechanic, team manager and friend.”

Van Schoor thinks it is important for her to learn how to do things on her own now and become more independent for when she moves overseas.

“Also, we have a strong bunch of South African women so I hope our national federation could maybe put a team together to race in Europe on a more permanent basis.”

For now, she is sticking to her training regime and enjoying being on the bike.

“The virus has affected everyone around the world and it’s sad that we can’t race during this time, especially since sponsors want to see us at events.

“I planned to peak later in the year and target the national classics, but unfortunately those can’t happen.”

Regarding her goals for the rest of the year, the current U23 Eastern Cape road champion says it will be difficult to plan which races to target when the season resumes.

She is hoping for a tilt at 947 Ride Joburg and, early next year, the national champs, where she placed second in the U19 and third in the U23 road races in the past two years.