Alexander Parsons, son of former junior Springbok Colin, is aiming to become a legend in his own right as he rises through the ranks of local cycling. 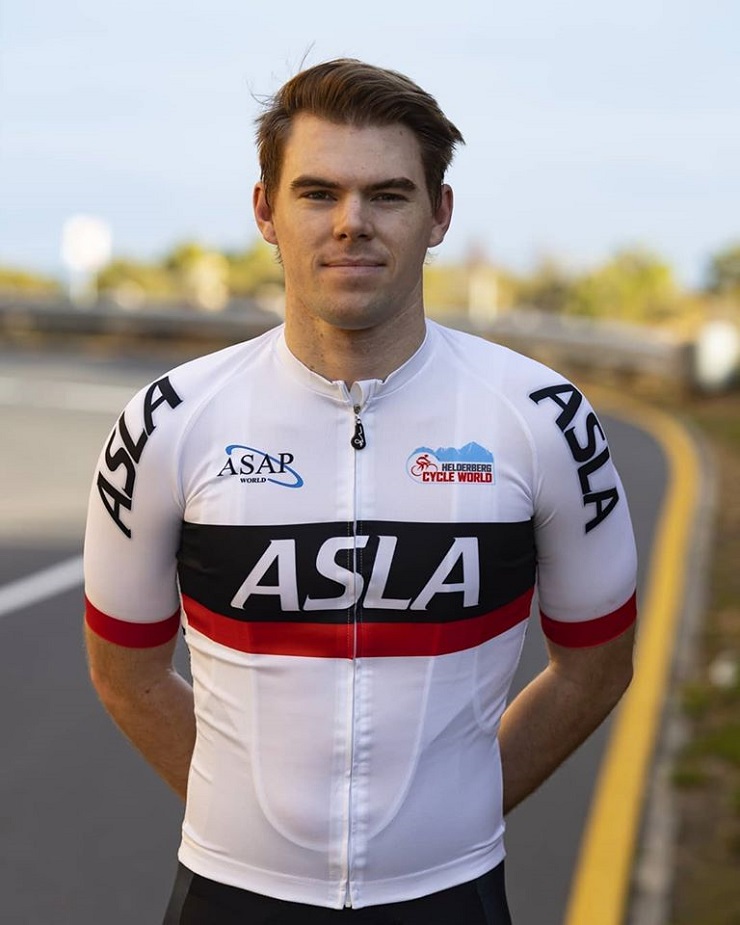 Over the years the 23-year-old Western Cape rider, who started cycling at the age of four, has obtained multiple national and provincial titles on the road and track.

“I’ve also been fortunate to have had many opportunities to go overseas and spend summer seasons in Belgium racing the kermesse scene, as well as one-day races as a junior and U23.”

He has also gained valuable international experience at races such as the Tour of Mesopotamia in Turkey and Tour de Maurice. Closer to home, the Tour de Limpopo and Tour of Good Hope stand out.

His father, now 49, counts racing for the national road team in Belgium, winning the SA madison champs alongside Robbie Dale and finishing fourth in the Cape Town Cycle Tour among his many achievements.

“With my dad being a Springbok, I grew up watching him race and travelling with him to events,” said Parsons, whose equally talented sister, Ashleigh, is a six-time national track champion.

“From a young age he has always been a massive inspiration to me. This has had me striving to be my best and motivated me to train hard and compete to the best of my ability.”

He was thankful to be able to tap into his father’s bank of experience, always receiving advice on how to train and race and be the best version of himself on and off the bike.

“I however never felt pressure to perform with having him as my dad. I raced my bike out of my own passion and love for cycling.”

Parsons added that he had never been forced to go outside of the family circle for support, which was a good base for his development.

“His shoes are hard to fill and the expectations are often high, but he has taught me to stand my ground, always race fair and be able to take a loss. Winning is not always everything.

“Most importantly, never take the enjoyment out of racing.”

It was recently announced that he had joined the new ASLA_ASAP-World team, which includes Robin Harris, Chrispin Fourie, Luca Stermin, Joshua Louw and Joshua Burger.

“I want to enjoy the local racing scene with the team. This will give me the opportunity to get back into really good shape,” said the rider from Wellington.

“One of our aspirations is to race in the big local classics and hopefully we can make our presence felt.”

The third-year environmental sciences student at Unisa is currently trying to balance his career with his studies.

“Apart from racing and studying, I also work at a local bike shop. It’s quite challenging to juggle work, studies and a full training programme.

“My aim is that once I’ve completed my studies to continue racing in Europe and make a success of it.

“I want to join an international team and I know that would make my dad extremely proud.”