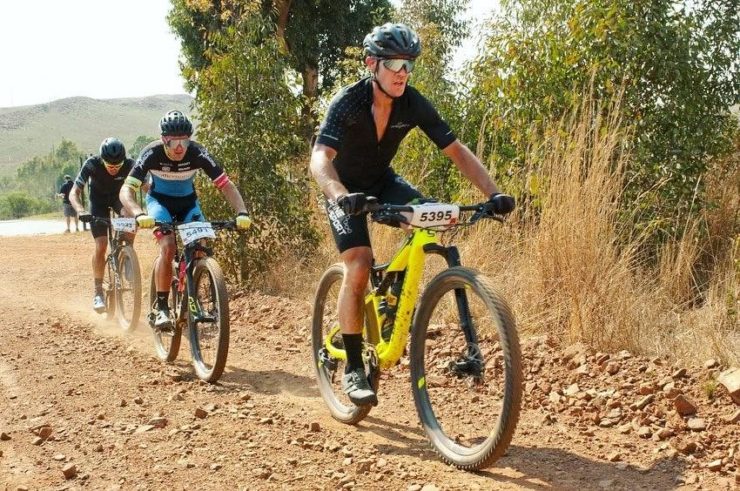 Riding as a privateer, Uria said the weekend had provided a versatile mountain biking challenge.

“Overall it was a great event on our doorstep in Johannesburg,” he said.

“There were some really testing routes, a good mix of rough rocky terrain, challenging climbs and rad singletrack.”

He described the first stage as challenging with quite a bit of climbing in the first 18km.

“A group of five riders got away fairly early on and this was eventually whittled down to two of us by the 25km mark – Timo Cooper (Darkhorse) and myself.

“At about 40km there was a rocky portage, where I got away.”

On stage two Uria said another hard start broke the bunch up in the first four kilometres.

“I found myself racing with Alwyn Steenkamp from TEG and we managed to keep the pace pretty high after getting away from the bunch early on.

“After a long drag to the third waterpoint we went into some really amazing rocky singletrack trails.

“I managed to open up a decent gap at that section on Alwyn to take the stage and the overall win.”