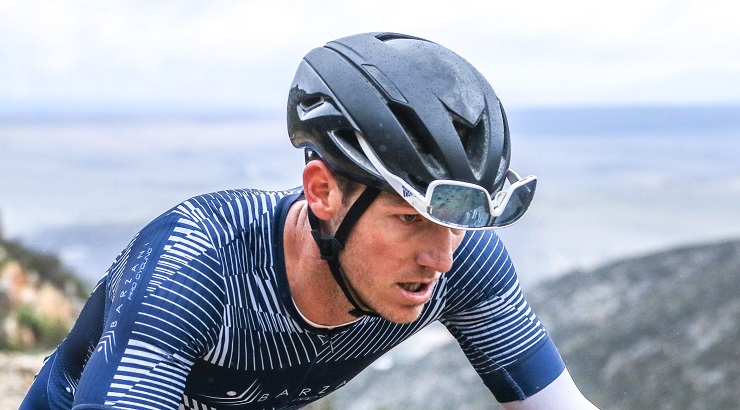 Dusty Day shrugged off a painful experience in the Munga Grit to snatch a place on the podium at the Cycle4Cansa road race after a sprint finish at Sun City on Sunday.

The 32-year-old from Klerksdorp in North West Province suffered severe stomach problems during the Munga and after experiencing some bleeding, he was advised to withdraw from the race.

Initially Day was not going to enter the 103km Sun City feature race as he was due to have an operation, but he decided to delay it to compete on Sunday.

In a tight dash for the line, he finished in 2:13:10, being edged by Gustav Basson (ProTouch) and Alex Worsdale (OfficeGuru), who were both credited with a time of 2:13:09.

The 2020 Ride for Sight champion added the third place at Sun City to his second place in the same event last year and said the race was contested at its “traditionally fast pace”.

“With about 30km to go there was a breakaway when about 12 guys rode away,” said Day, who rides for Barzani Pro Cycling.

“I was riding with my brother Tyler at that stage, but eventually I crossed the gap alone and we rolled through towards the end.”

Day said his legs were feeling pretty slow due to the training he had done on the mountain bike this year, but he managed to keep up with the high intensity of the race.

“With 5km to go we turned a corner and there was a tailwind, which saw the pace go up a bit more and we dropped quite a few riders in a five-man breakaway.

“Brandon Downes [who finished fifth] kept driving the pace and with 200 metres to go, Gustav made his move.

“I was slightly slow starting the final sprint, but was closing in before I just ran out of time.”

Following his operation yesterday, Day said he was recovering nicely and expected to return to training tomorrow.

“The problem was sorted and I am awaiting some tests, but I am feeling fine and ready to get back on the bike soon,” he added.