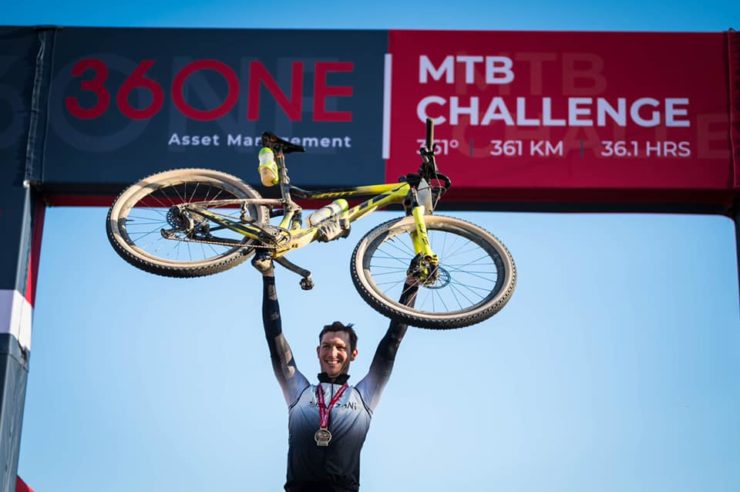 Last year’s runner-up, Dusty Day, rode to a commanding victory in the 36ONE MTB Challenge in Oudtshoorn this morning.

The Barzani Pro Cycling rider completed the circumnavigation of the Klein Karoo in 15:18:14 to hold off Braam Wannenburg by just under 25 minutes. Timo Cooper of Darkhorse Wheels finished third, around a minute further back.

It was a day of redemption for the 32-year-old from Klerksdorp after having to withdraw from last month’s Munga Grit due to health issues. 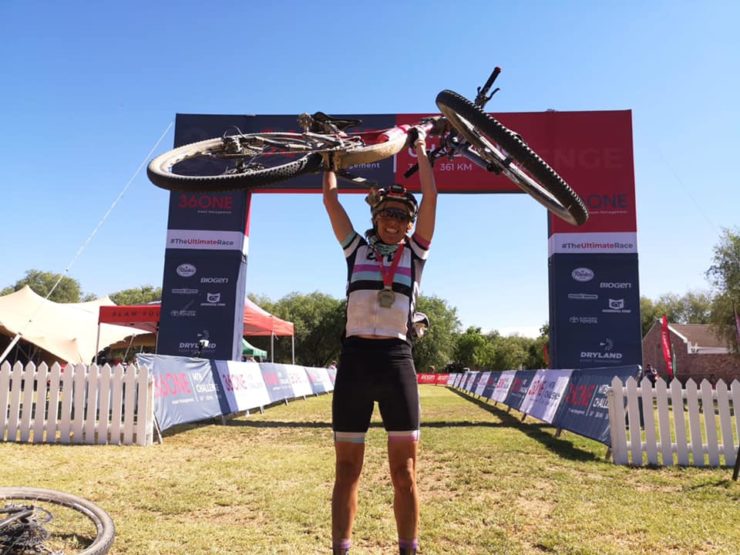 Fienie Barnard defend her title in the solo women’s race of the 36ONE MTB Challenge in Oudtshoorn today. Photo: ZC Marketing Consulting

“My thoughts going into the race were defintely to try and win. I always prepare for 36ONE; it’s one of my favourite races on the calendar,” said Day.

“The weather conditions were hectic with heat of up to 49 degrees and winds I have never seen except for those at the Cape Town Cycle Tour when it was cancelled.

“We crested the first climbs after 10km and I just kept riding at a manageable pace. I don’t know why the others dropped off, but they weren’t there anymore.

“At checkpoint three, with 80km or so to go, I had a very large gap and decided to enjoy the last stretch to the finish.

“What a pleasure! I saw the sunrise and took in the awesome view. Where I come from, a view like that is priceless.”

Fienie Barnard completed the 361km course in 18:08:57 to successfully defend her title in the solo women’s section.

Jenny Close crossed the line less than an hour later to place second, with Bianca Cooper completing the podium.

Yvonne van Staden triumphed in the women’s event ahead of Sharon Holgate and Elma van Noordwyk.