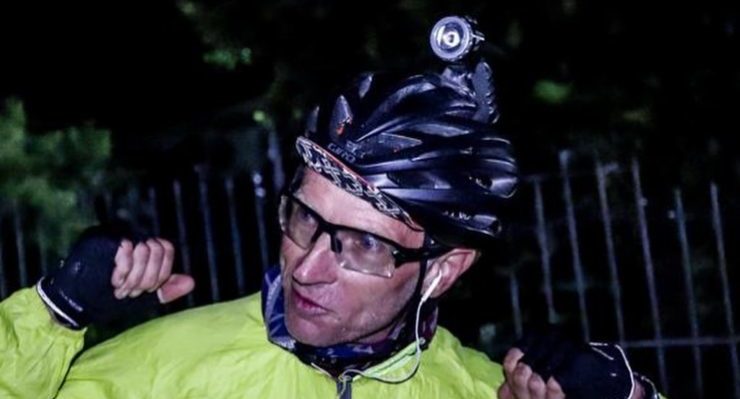 Mike Woolnough achieved his objective of completing the Freedom Challenge Race to Cradock in under 48 hours. Photo; Reblex photography

There was double satisfaction for endurance rider Mike Woolnough when he won the 580km Freedom Challenge Race to Cradock in 47 hours and four minutes.

Not only did the 60-year-old for Joburg beat two days, he also managed to raise enough funds to support two pupils from disadvantaged communities through the Freedom Challenge Scholarship Fund.

Woolnough was uncertain about entering the event, which started in the mountain town of Rhodes in the Eastern Cape, after completing the Freedom Challenge Race Across South Africa (2 150km) last month.

“I wondered if it would be possible to do two big races with only a two-week break between them. I only entered at the last minute but when I saw the starting field, I figured that I’d be able to win the race if I’d recovered sufficiently.”

For him, though, the Freedom Challenge is a concept that means more than simply getting line honours.

“Winning in Freedom terms is far richer than being first over the line,” he said.

“Riders need to decide what defines success for them. It might be to self-navigate through part of the route or better their previous time.

“I decided that I would like to ride with a purpose so I bullied and cajoled people into supporting the Freedom Challenge Scholarship Fund.

“In return I’d attempt to ride a sub-48-hour race, which has only ever been achieved by four riders (Alex Harris, Bruce Hughes, Jacques Tattersall and, two years ago, Woolnough).”

At the end, there was satisfaction all round, even though the conditions at this time of the year added to the challenge.

“The race was delayed due to the Covid shutdown,” explained Woolnough, “and the heat of this time of year was going to be the real test.

“As it worked out it was just one of several hurdles that had to be dealt with, but I managed to get in with almost an hour to spare.

“Through the generosity of race supporters, we raised sufficient funds to support two more scholars.”

He explained that the fund was established to provide educational opportunities for families along the Maluti section of the trail.

“Recipients receive a full scholarship for high school, including boarding, clothing and books.

“The Mariazell Mission High School in the area provides above average education and, so far, we have managed to support well over 50 students, with a number having gone on to university.”

Woolnough explained that he made it through last year’s race with minimal sleep. This time, however, he took that concept further and didn’t sleep at all.

“My race mantra is ‘keep moving’ and I managed to ride the entire distance without sleeping at all.

“Amazingly enough I was able to do it without the usual accompanying hallucinations. The lack of sleep has the downside that towards the end performance falls off and I get slower, but I’d factored that into my riding plan.

“To set aggressive time goals you need to be able to either ride fast or spend as much of each day riding with minimal time off the bike.

“I’m not sluggish but I don’t have the speed necessary to find time for a shower or to have a proper sleep, so I’m very conscious of how long I spend off the bike.”

With many endurance events under his belt, Woolnough said he had settled on a specific modus operandi where mental fortitude was as important as conditioning.

“You also need to have feel, which is the ability to self-assess things like tiredness versus speed, making sure you’re eating adequately and keeping your hydration under control.

“You also need the ability to adapt to the changing conditions as you face them. Panic serves no useful purpose.

“After a few hesitant starts I realised that I could do well in events of this nature.”

“On the last morning, midnight to be exact, I found myself on top of a mountain,” he recalled.

“I wear prescription glasses and the worst thing that can happen is to find yourself in a thick fog. Without my glasses I can’t see a thing, so navigating down a rock-strewn series of switchbacks wasn’t fun.

“To make matters worse, the entire valley was blanketed in fog and I spent the next two hours crawling along, all the while recalculating what the delay meant in terms of completing the race in under 48 hours.”