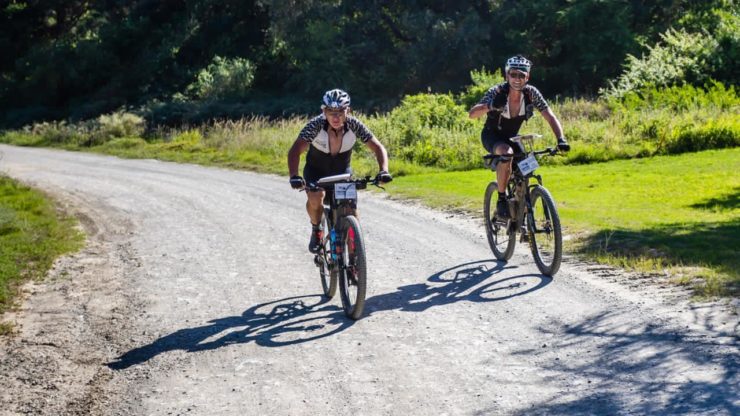 Pieter van der Westhuizen and Henry Angove finished in a dead heat to share the victory at the Freedom Challenge: Race to Willowmore this afternoon.

Having ridden together for more than two days, they completed the 530km non-stop, self-navigated mountain bike race from Cradock in 57 hours and 53 minutes.

In the process, they were able to break the record set by Tim James in 2017 (66 hours and 22 minutes) by around eight-and-a-half hours.

Riders have a maximum of six days to complete the ride.