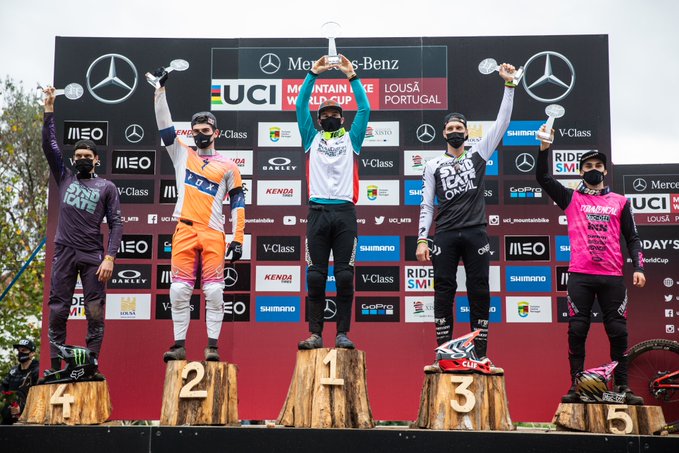 The competition was compressed into two weekends of racing in Maribor, Slovenia, and Lousa, Portugal – each featuring two events. These races sandwiched the world championships in Leogang, Austria.

Minnaar, riding for Santa Cruz Syndicate, put himself in contention for the top place in the overall standings when he took the win in the first race in Lousa on Friday, edging Britain’s Matt Walker into second.

That was his 22nd victory in the World Cup, the most by any rider, and the 38-year-old followed that with a second place on Sunday’s podium.

The overall contenders were tightly bunched going into the final race, Walker leading the way on 517 points compared to Frenchman Loris Vergier’s 503.

Minnaar – who has won the series three times – and 2019 overall winner Loïc Bruni, also France, were tied on 427 points, making it a four-way shootout for the title.

It came right down to the wire. What a season!! pic.twitter.com/Ws6eAu7YWv

The SA rider finished 1.24 seconds quicker than Walker, but Bruni was equal to the challenge and took the top podium spot, ending 0.17 seconds ahead of Minnaar.

Walker was rewarded for his consistency by taking the overall honours with 687 points despite not topping the podium once.

He was followed by Bruni on 677 and Minnaar, who was fifth and ninth in the first two races, with 627.