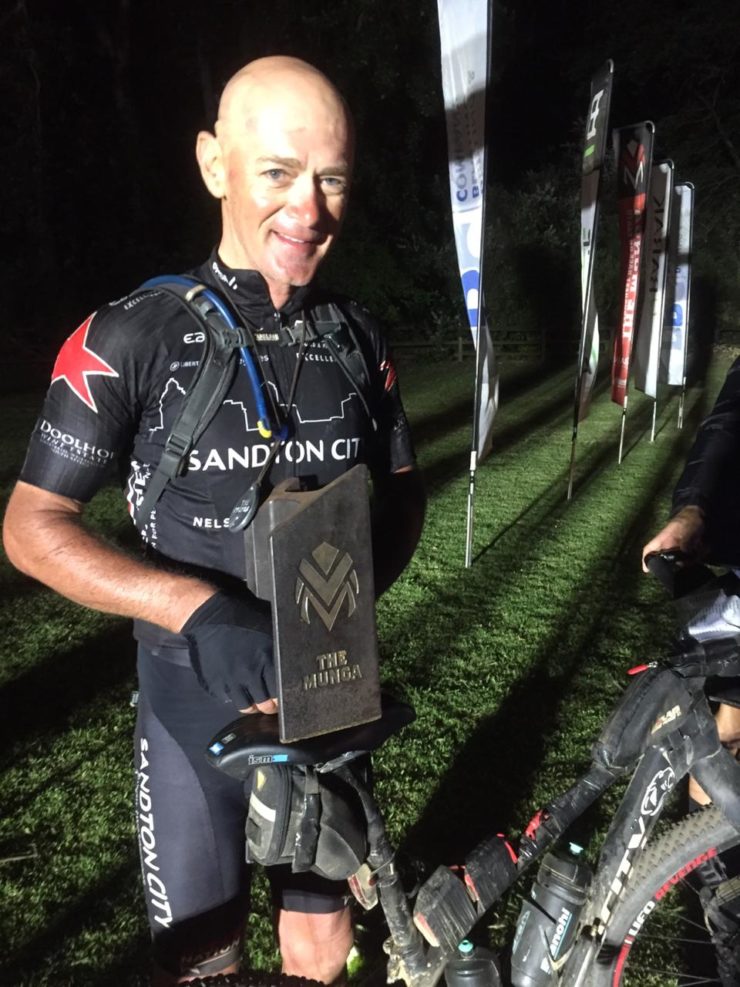 The 50-year old, who won The Munga Grit two months ago, put his sleep deprivation skills to the test to complete the event – which measured in excess of 1 100km this year – in 56 hours and 50 minutes.

Benkenstein placed second in 60 hours and eight minutes while Sam Marx claimed third around nine hours later after beating Brian Brummer in a sprint to the finish line.

“Hansie and I got to waterpoint eight together,” Benkenstein explained shortly after finishing.

“For a variety of reasons, sleep and dust, I wasn’t able to get out of there very quickly and ended up staying for about five hours.

“I just couldn’t get up and moving or even get my eyes to stay open until 3am and then I still felt my chest needed more time to cough up the 40kg of Karoo dust.

Once he was able to resume, Benkenstein said Joubert – who reportedly had only slept for 20 minutes throughout the event – was already out of reach.

“His ride was amazing and I think he set a new record for no sleep, but I was good to just continue with my race plan.

“Hansie deserves his win again and again. Riding with him was great. He is just so strong and consistent and I feel he pushed his limits beyond what seems reasonable in some tough conditions.

“I’m proud to come second to him. It is quite cool to have a full set of 1st to 5th places now too!”