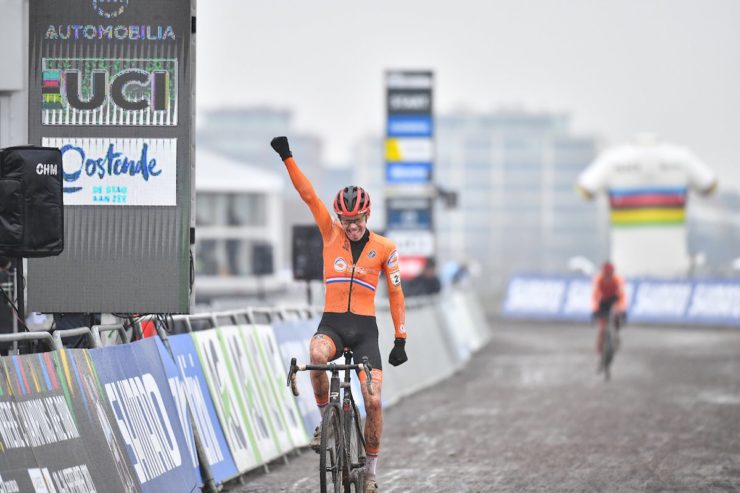 Pim Ronhaar of the Netherlands won the men’s U23 title at the UCI Cyclo-cross World Championships in Ostend, Belgium, today.

Ronhaar was in the leading group on the first two laps before setting the day’s fastest lap time on the third lap to create some distance to the chasers.

Although the 19-year-old’s lead remained under 20 seconds over the final three laps, he looked relaxed and in total control as he navigated the course that included a set of steps, two steep bridges and a stretch on the beach.

He was chased by a three-man group, which consisted of Kamp and Belgians Kielich and Emiel Verstrynge.

Kamp was playing the perfect teammate, forcing Kielich and Verstrynge to do all the chasing. This allowed him to jump clear on the final lap to seal second place.

“In the beginning it was a bit hectic,” Ronhaar said afterwards. “We were with six or seven riders on the first two laps and I felt very strong.

“I was constantly in place one or place two so that was great. Then after two laps I didn’t even attack, I just rode my own tempo and got like five, six seconds I think.

“On the next grass section I just rode easy so that I had enough power for the sand.”