Former champion Andrew Hill – who rides for TIB Insurance-Contego – is undertaking his annual pilgrimage to the PwC Great Zuurberg Trek and finding it to be a journey of reflection. This is what he says. 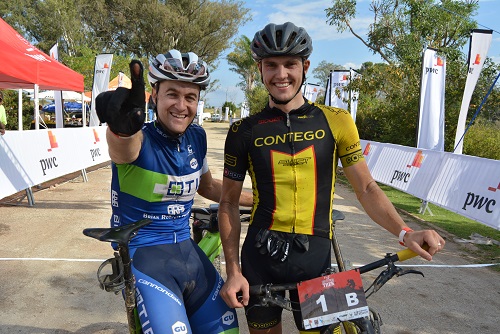 Getting in your car to drive with your bike and gear to the other side of the country is particularly a foreign idea in anyone’s world but for a certain group of cyclists the process is almost cathartic in nature.

The mental checklist, “helmet, glasses, shoes, shirt, socks, shoes”, rolls through your head like a meditation mantra how many times before putting the bike on the back of the car and beginning the pilgrimage to the race venue.

The Great Zuurberg Trek is one such pilgrimage on the cycling calendar that has sparked the interest of many like-minded fellow fat wheel enthusiasts, as I put it.

It’s almost a family reunion type atmosphere as you roll up the mountain pass to the small lodge perched on the top of the Zuurberg mountain range.

Flanked by the Addo elephant park and some private game farms the venue is one of my favourites as you really are immersed in true mountain biking heaven.

Having raced Zuurberg for three consecutive years it’s special to see the race evolve and hone specifics of what cyclists want out of a mountain bike event.

It’s easy to see why the race is growing year on year and thriving in a hugely competitive stage racing market. The friendly arrival at the airport, the spectacular scenery as you drive inland, a laidback and homely environment at the lodge and so the list goes on.

It’s certainly why I keep coming back for more, but more importantly the riding tops it off with some outstanding and spectacular trails.

Having just finished day one as I write this it’s difficult to explain the emotions you experience out on the route.

The early morning views were spectacular as we descended on one of the old original link roads between PE and the Karoo, but often while out front you’re pushing so hard that you forget where you are and the views blur into a haze of dust and sweat dripping into your eyes.

Fortunately, I was the one today setting the pace and I could take a lot of what we normally miss into the memory bank for later reflection after the red mist of racing has subsided.

And, now that I reflect on it, I must say we really are lucky to be racing bikes in such an amazing region of South Africa.

Tomorrow holds a totally different type of journey as we head into the back end of the elephant park where the tyre hating thorn trees become less and less and the protea grasslands extend into the distance.

It’s the longest of the three days and can be considered the queen stage if we go on what our skinny tyre cousins term the ‘toughest day of a tour’.

The pace will be on from the word go and I’m sure it will make for some tough racing upfront, but we still need to remember to take in the views on our two-wheel pilgrimage.