Edvald Boasson Hagen will lead Dimension Data at the Criterium du Dauphine after success at the recent Tour of Norway and Tour des Fjords earlier this month.

“I have been feeling good until now and I hope to build on my form through this week,” said Boasson Hagen.

“There are some stages that could suit me at the Dauphine and I hope to be part of the final on those days.

“Everyone starts to come to their best level here so I think we will have a good and hard race,” he said.

The African team will look to repeat the success they’ve had at the eight day tour, which takes place in France. 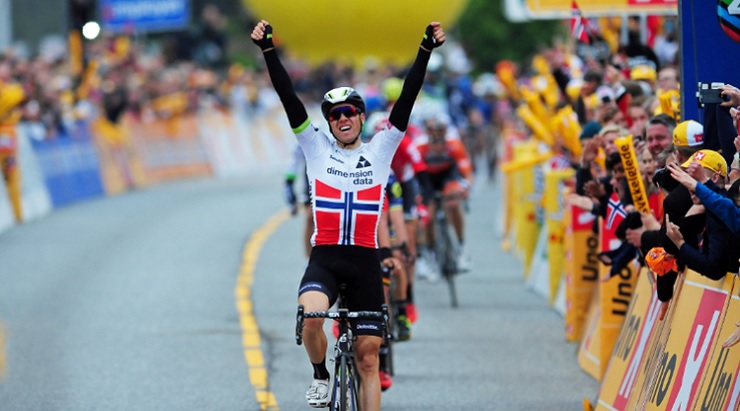 “I am looking forward to the Dauphine again this year,” said Boasson Hagen.

“I have done well at this race in the past and last year went well for our team in general.

“This year we start over though and it is a new race all together.”

The tour runs from June 4 to 11 and will feature four undulating stages, one time trial and three climbing stages.

More news, results and photos on this race