Two-time defending South African downhill champion Stefan Garlicki will be looking to make it three from three when he starts the SA MTB Championships at Mankele MTB Park in Mpumalanga tomorrow.

Garlicki returned home for what he labelled “one of the most important races” in the hope of securing the honour of wearing the national flag on his jersey for another year.

“This event is always an important one because it’s nice being able to have the title and to race with the flag on your sleeve. I feel quite proud every time I put that jersey on.” 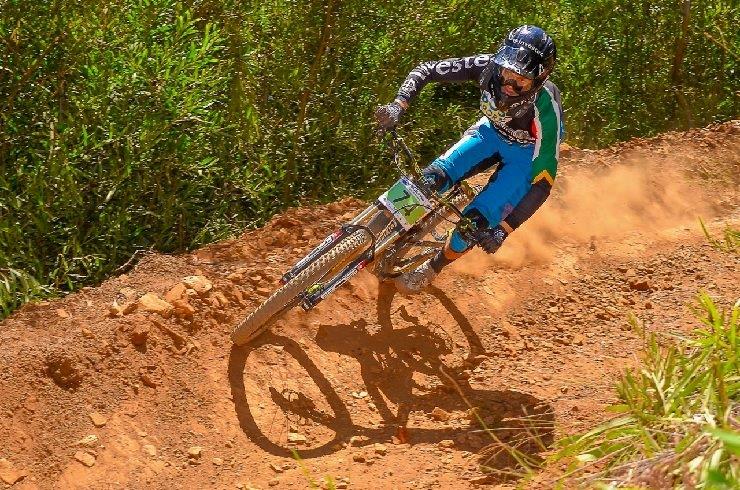 The 26-year-old said while his main goal for the year had been the international circuit, the national championships was one of the highest priorities on his calendar.

As the defending champion and after achieving a career best result in the World Cup event in Fort William last month, Garlicki said he felt no added pressure.

“In a way it’s bigger when you’re overseas, but there’s maybe a bit less pressure because you’re the underdog.

“When you’re racing at home there’s more expectation but I’m not too worried.

“I only feel the pressure I put on myself. Every time I’m out there I want to win, but at the same time I can only do my best on the day.”

He said the beauty of the sport was that it all came down to him and the clock, with the track and competition becoming almost superfluous.

“I’m just going to focus on myself, do the best that I can and hopefully come out on top.”

Garlicki reflected on his first win at the SA MTB Championships two years ago and said it had been a massive goal for him. He added it had been “unreal” for him to defend his title successfully last year.

He said his return for the third year was not only good for himself, but for the sport as a whole.

“It would be good if we could have everyone together every year because it would make the field really strong and give it more credibility as well. I wish Greg Minnaar would come home for it too.”

“The biggest threat will be Johann Potgieter. The other two to watch will be Chris and Jonathan Philogene.”