Kent Main forced his way into the lead of the Jock Tour after winning the tough 27km individual time-trial between Mbombela and Kaapsehoop in Mpumalanga today.

The Dimension Data rider, who is racing without the support of a full team, set out with the objective to build up an early lead in the short stage that climbed all the way from Mbombela.

Main crossed the line in a provisional time of 54:57 to claim victory over RoadCover’s Brendon Davids, who won the Jock Classic in the same area earlier this season. 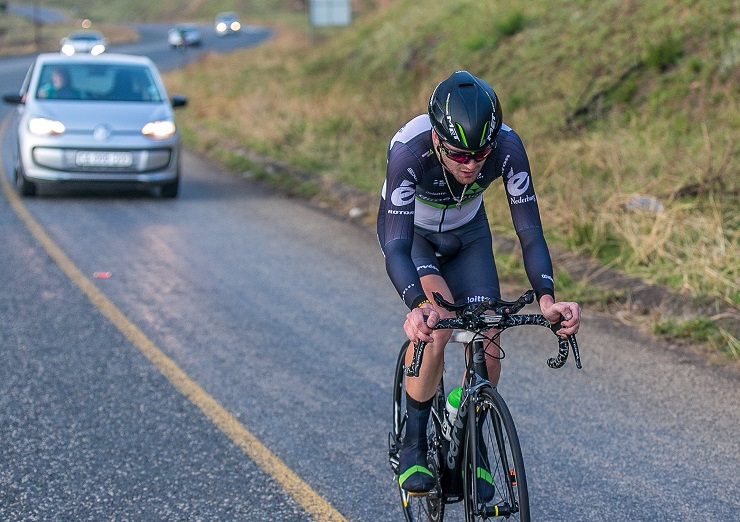 DiData pro Kent Main took the lead after winning the opening stage of the Bestmed Jock Tour between Mbombela and Kaapsehoop in Mpumalanga today. Photo: Memories4U

“I think you can say that’s a pretty well-judged effort,” said Main, who won the the five-day Tour of Good Hope by one second in March.

“I’m ecstatic to take the win,” he said, while admitting that he battled through the final 5km after having good rhythm early on.

Main said he overtook several riders who left the starting chute ahead of him, but had to dig deep as he entered the final stretch.

“Going into the last five kilometres it really started to hurt and it got even harder in the last three kilometres.

“When it flattened out a bit in the last one-and-a-half kilometres I just put my head down and grinded through.”

The 21-year-old from Linden will pull on the yellow jersey for tomorrow’s 140km stage, which features 2 900m of climbing.

“The main objective now is to win the tour, but I think it’s going to be really hard. I’m going to have to race really smart over the next two stages.

“Hopefully I won’t lose any time tomorrow, but I don’t think it will be a day where I will gain any time either.”

Team Garmin’s Yolandi du Toit made a victorious return to the road to finish ahead of Cycle4Cansa winner Carla Oberholzer and Zanri Rossouw. 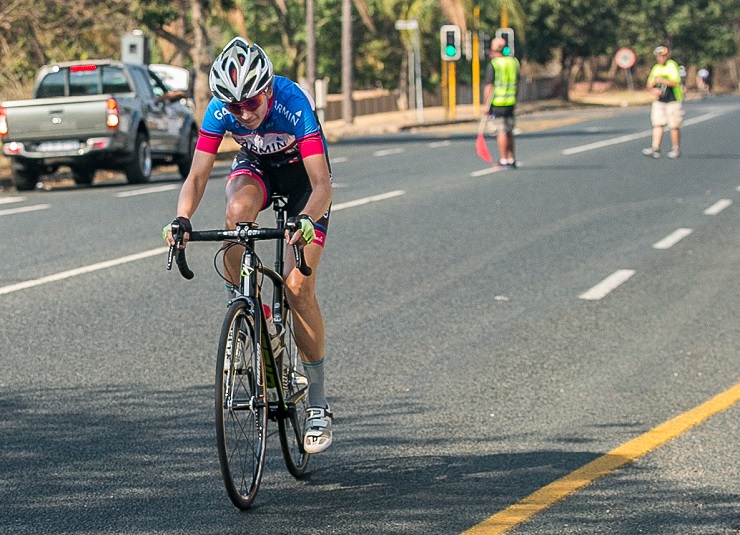 Garmin’s Yolandi du Toit made a victorious return to the road when she won the first stage of the Bestmed Jock Tour today. Photo: Memories4U

The former 947 Cycle Challenge champion stopped the clock on 1:05:57 and credited her mountain biking experience for her impressive ride.

“In mountain biking all the races are kind of like an individual time-trial so I felt very comfortable with it all because of how similar it was. I just went out and rode like it was a mountain bike stage,” she said.

The 32-year-old from nearby White River said she did not expect the victory and was very pleased with her effort.

Like Main, she is competing without the support of a team and admitted that she was unsure of what to expect tomorrow.