Philip Buys consolidated his lead in the National MTB Series when he won the penultimate leg of the series in Dullstroom this past weekend. 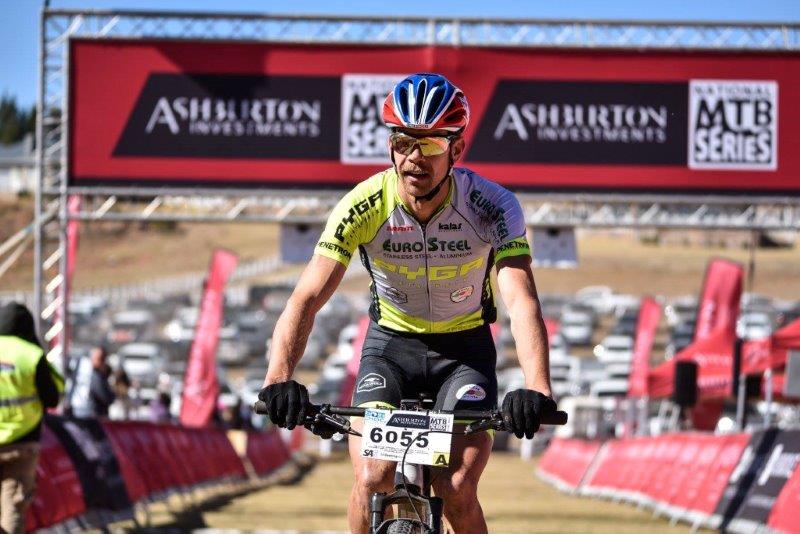 Philip Buys consolidated his lead in the National MTB Series after two top-three results at the event in Dullstroom this past weekend. Photo: Marike Cronje (www.zcmc.co.za)

Buys’ teammate Matthys Beukes, who withdrew from the first day, topped the podium on the second stage. Buys followed close behind to take the next step on the podium.

His two top-three results were consistent enough for Buys to win the overall honours this weekend, an achievement he said would put him in good standing ahead of the last round in Kaapsehoop next month.

As with this round, Buys will head into the final event in the lead on the overall standings, with Beukes in second.

“This is where you want to be going into the last race and it will be up to everyone else to try and beat us.”

“It’s going to be difficult for the other guys to get in front on the general standings.”