RoadCover’s Clint Hendricks said victory at the National Classic Cycle Race was a major boost ahead of his final two events for the year.

He won the 125km road race, which took place to and from Carnival City today, after he narrowly beat BCX’s Reynard Butler.

The pair finished one second ahead of Tyler Day. Shaun-Nick Bester, winner of the mountain bike race the previous day, finished sixth. 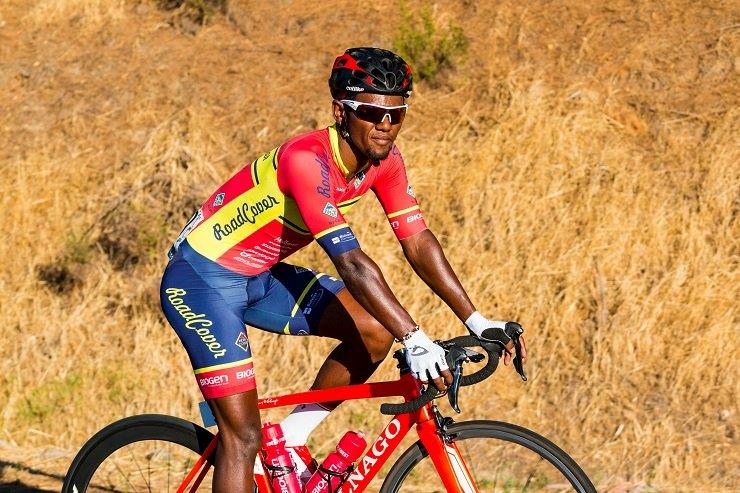 Clint Hendricks said victory at the National Classic Cycle Race was a positive step ahead of the final races of the year. Photo: Robert Ward

“I’m really happy to win, it’s a good confidence builder for the next two events, the last for the year, and it means the preparation is going well,” said Hendricks, who won the Midvaal 100 Cycle Challenge two weeks ago.

The sprinter, who proved his climbing abilities at the Tour of Eritrea earlier this year, said it had been a long day on the road as he fought to keep pace with the leaders.

The plan, he said, had been to “take it easy” for the early stages of the race, but a number of early splits forced him to think on his feet.

BCX made the most of their numbers and caused a major split roughly 70km in. Determined not to get left behind, Hendricks made sure to keep himself up front.

Part of the group, which consisted of six-time Amashova winner Nolan Hoffman, Calvin Beneke, David Maree, Reynard Butler and Tyler Day, Hendricks said they chased to catch a group of three further up the road.

“We rode really well together and caught a breakaway group of three, which consisted of Pieter (Seyffert) and two others, before a chasing group caught us.”

They were reeled in, shortly before entering Heidelberg, by Hendricks’ teammates Willie Smit, who has just signed with Katusha-Alpecin, and Ryan Harris, as well as juniors Rickardo Broxham and Jason Oosthuizen.

The group rode together for the next 2km, before Hendricks said the attacks started to come thick and fast.

Keeping his cool, Hendricks waited it out and, as a result, was able to power to the finish, were he crossed the line millimetres ahead of Butler.

“This was a good stepping stone going forward. Next weekend we have Tshwane Classic and after that the 947 Cycle Challenge.”