A long season and a tough women’s field at Wines2Whales meant two-time defending champion Jennie Stenerhag had her work cut out for her when she started the three-day event in Somerset West on Friday.

Stenerhag, who won the last two editions alongside multiple national marathon champion Robyn de Groot, said, barring the Cape Epic in March, the women’s field was the strongest she had faced this year. 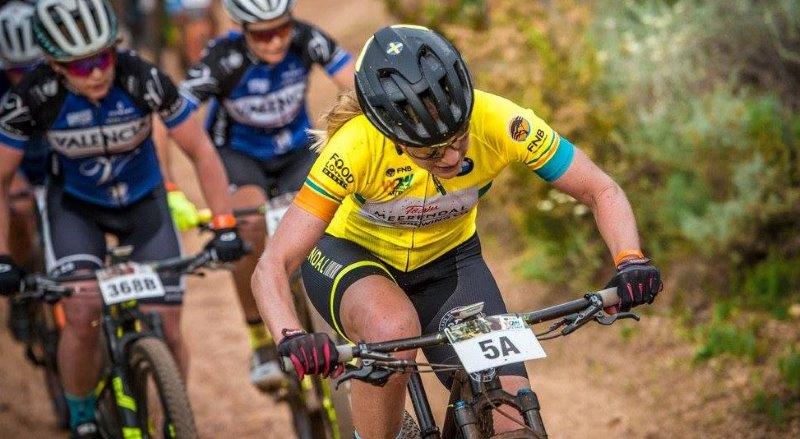 “The ladies’ field was so strong, there were five teams who were really close,” said the Cape Epic winner. “It’s great for ladies’ racing.”

Stenerhag, who has completed the race six times, said the fact that three different teams won stages was evidence of the high standard of competition.

“If you look at the times, the ladies’ field was very close, so that says quite a lot about the level and how it’s gone up. A few years ago it was all about one or two teams and now it’s so many, which is absolutely great.”

The Meerdendal CBC duo opened proceedings by winning the 68km opening stage and giving themselves a 20-second lead.

“The goal was obviously to try and win the race and I knew the first day is always the easiest to make up time, but the nature of the race means the gaps are never that big.

“We didn’t get a big gap after day one so after that it was basically to try and maintain the lead,” said Stenerhag.

A below-par performance on day two from Lill and Adrian – the eventual runners-up – allowed the pair to extend their lead to more than five minutes despite finishing second to McDougall and Sanders, before wrapping up the race with a second place on the final day.

“We weren’t really too concerned about losing our lead, but you have to be at the top of your game and race hard the whole time because you never know what can happen,” said the 42-year-old Swede.

After a long season, she admitted the three days took their toll and that she was more than ready for the end of her season.

“For me it was a really tough race because I’ve had a long year and I could really feel that. I was just waiting for the finish on the last day so that I could be on my holiday.”

Lill and Adrian won the final stage to claw back two minutes on Stenerhag and Morath, with Sanders and McDougall completing the overall podium.