The BCX rider finished third in the 10km points race, first in “the Devil” and second in the 25-mile item, adding up to his most successful Boxing Day in four attempts. 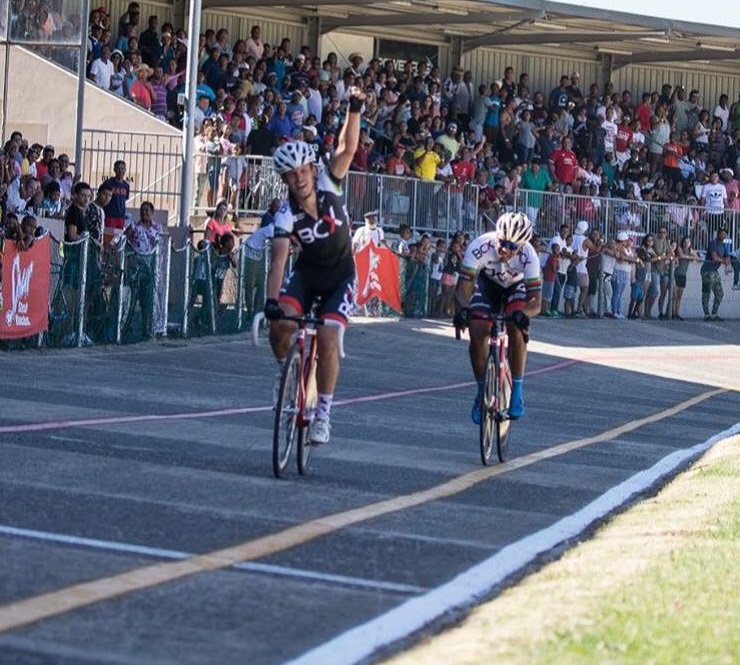 Maree had been keen to fire in the Devil, an elimination race, after finishing second last year.

“I’m really happy with the result,” he said afterwards. “Winning the Devil was one of my goals and to do so was special.

“It was also great to put up a nice show in the 25-mile,” said Maree, who had finished tenth in last year’s race.

He said the first event, the 10km points race, had imposed some challenges ahead of the elimination showpiece.

“The points race required us to sprint every second lap. I wasn’t used to that and it was really difficult.

“By the time we finished, I could see how tired all the other riders were. I wasn’t sure how I would do in the Devil after that.

“I was a bit nervous, but it’s one of my favourite items and I found my rhythm as the race went on.

“When we got to the final few laps, the track opened up and I found I had enough intensity and speed to overtake the rest of the guys,” he said.

Maree had said earlier that being the strong favourite in the 25-mile may count against Nolan Hoffman, whom he beat in the final sprint.

“Most of the riders followed him during the race,” he said. “That opened it up for other strong riders, because when we attacked, almost everyone was waiting for Nolan to make the moves.

“It opened the door for us, and that’s how HB (Kruger) slipped away to take his first lap lead.

“Morné (van Niekerk) and I then broke away in the second half of the race to lap the rest.

“That could be a lesson for everyone; you cannot just race one man. It’s important to keep an open mind.

“It was a really tough day on the track. The competition was stiff and at times the riding was dangerous too, which makes me appreciate the result even more,” Maree added.