David Maree intends to be fired up for the Devil race at the Paarl Boxing Day track cycling meeting.

The Devil, also known as “Devil take the hindmost”, is an elimination race in which the last-placed rider after each lap drops out.

“The Devil is closest to my heart,” Maree said today. “It’s a real fight to stay in front; probably one of the most exciting races. Every lap could be your last.

“I’ve won the Devil at two national championships, but not yet at the Paarl Boxing Day,” he said. “Last year I came second.” 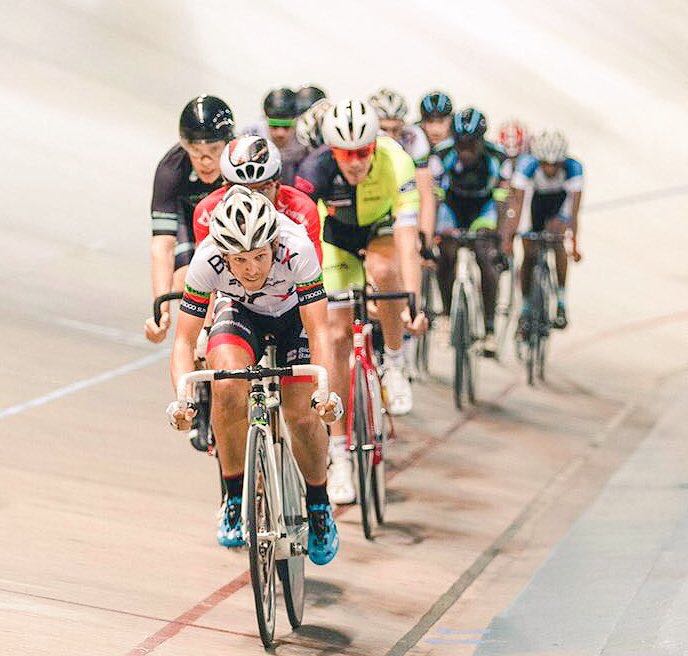 David Maree will hope to fire in ‘The Devil’ at the Paarl Boxing Day next week. Photo: Supplied

Maree, who will be competing in the annual event for the fourth time, said his preparations had been good. “I’ve done a lot of track work in the last six months.

“In previous years I didn’t focus on any specific track discipline for Boxing Day. This year, I’ve done a lot of mile and team pursuit track training through national trials for the Commonwealth Games.

“I’m sure my condition is a lot better now. Anything can happen, but I might even feature in all the races,” he added.

Maree, who won the SA national omnium championships in April, said he would also like to do better in the 25-mile race after finishing tenth last year.

“Every year I’ve attacked a lot and made it hard for the other guys, but I’ve never had a good result.

“I’ve made a huge shift this year, from the road to the track, and being in better condition, I feel I stand a chance.”

Nolan Hoffman, who has won the 25-mile race seven times, would be hard to beat and Gary Beneke’s record, set in 1985, would be at the back of everyone’s mind, Maree predicted.

“The overall level of [SA] track cycling has definitely gone up. The speeds have increased and the gears are bigger, so the standard will be high,” he added.

He tipped Morné van Niekerk as the dark horse for the 25-mile, but said Bernard Esterhuizen and Evan Carstens should not be underestimated.

Nolan Hoffman will be hoping to make history in the 25-mile.