Nolan Hoffman will return to his roots when he tries to win his eighth overall and third consecutive 25-mile Paarl Boxing Day track cycling event next week.

Hoffman has shown good form on the road this year, winning the Amashova Durban Classic, the Satellite Championship, the Cycle4Cansa Road Classic and the Herald Cycle Tour back in February. 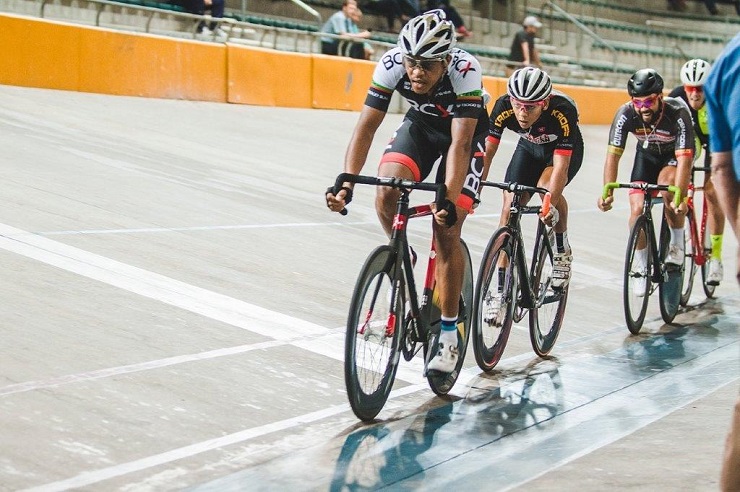 Now he switches his focus back to the track, where he began his professional career.

“The Paarl Boxing Day has always been one of the highlights of my year,” Hoffman said today. “It is where I started cycling, so it has a lot of sentimental value to me.

“Track cycling comes easier to me, so I don’t have any issues with the transition from road riding,” he said.

Hoffman also hopes to use the Paarl event as a stepping stone towards next year’s Commonwealth Games. “I’m focusing more on track cycling at the moment.

“We’ve been busy with Commonwealth trials and trying to set times to qualify, so I’ve done a lot of track work.

“I feel quite comfortable on the bike and the sensations are good. On that front, I have everything covered.

With seven Paarl Boxing Day titles to his name, Hoffman is the 120-year-old event’s most successful rider, but he has not managed to break the 32-year-old record time of 54:23 that Gary Beneke set in 1985.

He came close last year when he set the second-fastest time ‒ 54:36.

“It’s definitely one of my goals, to beat that this year. There’s no reason why I shouldn’t achieve it.

“I’m hoping it will be an aggressive race so that we can go a little harder and faster.

“That’ll be the cherry on top,” Hoffman added. “Winning the race and breaking the record will be extra special. And it’s definitely possible.”

He expects his biggest threats to come from Ewan Carstens and Bernard Esterhuizen, but says his new BCX teammate, Clint Hendricks, could be the dark horse.