Alan Gordon has set his sights on the top of the podium as he prepares for the 110km Barberton XCM MTB Challenge in Mpumalanga on Saturday.

But Uys is not competing this year and Gordon will start as one of the favourites.

“I’d like to win it for a change,” Gordon said today. “But it’s my first race this year and I’m not too sure how my legs will react.

“My pre-season has been good. I trained a lot during the holidays and did not take time off. But I don’t really know about my form.

“It’s always difficult to tell what will happen on race day, but I’ve done all the preparation I could have.” 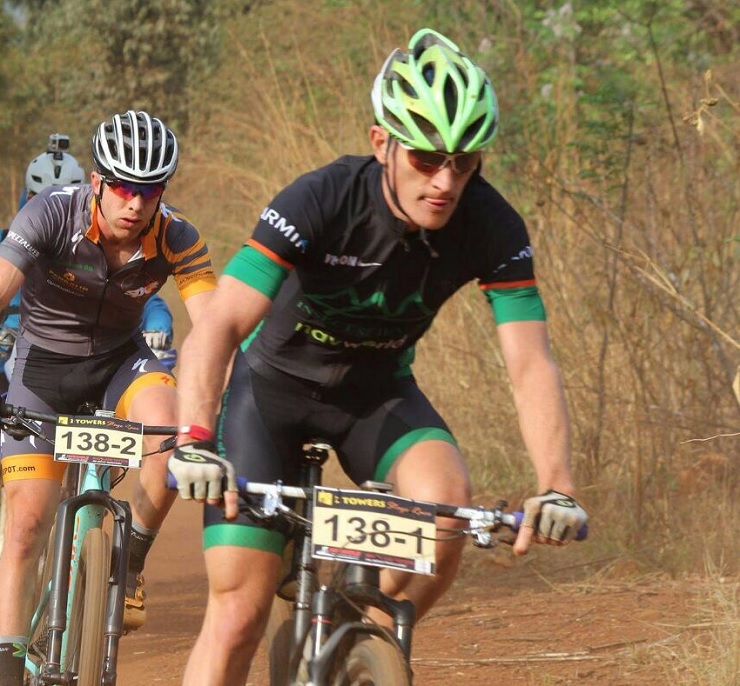 Alan Gordon has set his sights for a victory at the Barberton XCM MTB Challenge on Saturday. Photo: Supplied

Gordon suspects the race will be more competitive this year. “In previous years there were always other races at the same time as the Barberton.

“It seems there are not many events this weekend, so the field should be stronger,” he said.

“Nico Bell and Gawie Combrinck will be the main contenders if they take part. Both are from Mpumalanga, so they know this area.”

From his own experience of the route, Gordon knows the value of preserving energy.

“There is a lot of climbing just after the start and it can take a lot out of you,” he said. “That’s why it’s so important to pace yourself properly.

“The stronger riders normally take over towards the end, and if you have too little left in the tank, you could be left behind.

“I must make sure I don’t burn all my matches in the first half of the race. The end of the route is very up and down, so there will be opportunities to take it a bit easier,” he added.

Climbing is one of Gordon’s strengths. “I’m from the mountainous area around Tzaneen, so I enjoy climbing. I don’t like flat tracks.”

Gordon, who rides for the Insect Science team, last raced competitively in the 947 Cycle Challenge in November.

Riding in the Barberton, he says, is a good way to start the season.

“It’s one of the toughest one-day mountain-bike races [in South Africa] and it will give me good preparation for the Tankwa Trek on February 8. I’m looking forward to it.