The Italian won the final dash for the line to complete the race in 3:32:33. He was closely followed by Vital Concept Cycling’s Bryan Coquard (France) and Terengganu Cycling’s Mohd Harrif Saleh (Malaysia) in second and third respectively. 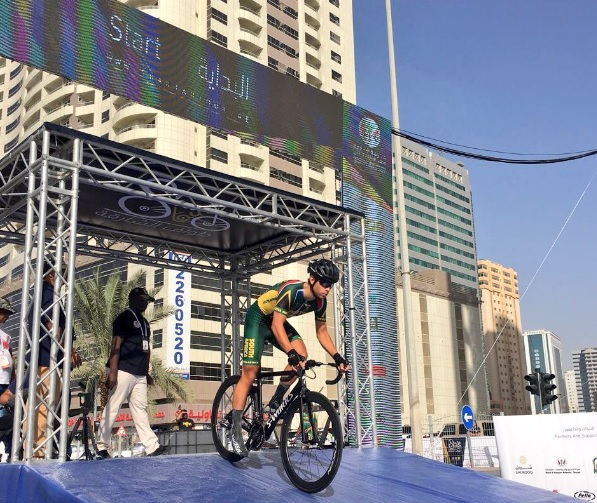 Harris’ teammate Reynard Butler crossed the line in 16th. Bradley Potgieter, who was prepared to take on a leadership role, said the team’s main goal for the stage was to save Harris and Butler for the sprint finish.

“Ryan deserves so much credit for a spectacular result today,” Potgieter told In the Bunch this afternoon.

“Now we want to save Eddie [van Heerden] for tomorrow (stage three), as we believe it will be the decisive stage on the GC (general classification),” he said, adding that the stage contains “quite a lot of climbs.”

Potgieter commended the contributions Jan Montshioa and Thokozani Mahlangu made in today’s stage as well.

“They did an excellent job looking after the team,” he said. “They supported the team well on the fast and flat sections.”

Potgieter went into a break to make sure he could also help, but he was caught with less than 10km to go, he said.

“I was in a breakaway with four other riders with about 20km to go, but then the Sharjah team caught up and ‘absorbed’ us with about eight kilometres left. That’s when I fell behind,” he added.