Team Bestmed’s Yzette Oelofse will face a different challenge when she lines up for the 22nd Barberton XCM MTB Challenge in Mpumalanga on Saturday.

Known in road cycling as a good climber and endurance specialist, the Pretoria ace will switch to her mountain bike to compete in the “not so delicate” 110km ultra-marathon.

“I’ve never done this one, but I think it will suit me because there’s a lot of climbing. And there’s not much single track, which will also work in my favour,” Oelofse said today. 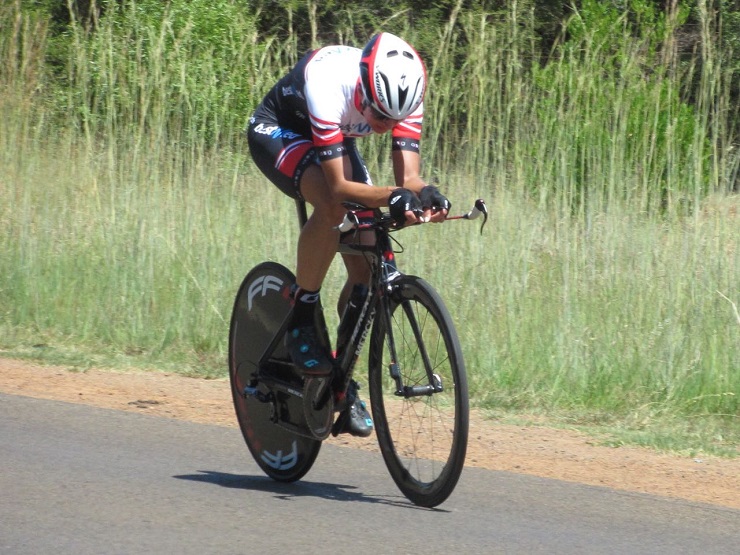 Yzette Oelofse, well known as a road cyclist, takes on a new challenge when she lines up for the Barberton XCM MTB Challenge in Mpumalanga on Saturday. Photo: Marina Sander

She regards it as ideal preparation for next month’s SA National Road Championships in Oudtshoorn.

“This will be my last hard race before I start tapering down for the SA champs,” she said.

“After that I will ride in the Bestmed Tour of Good Hope, which also has lot of climbing.”

Oelofse, who won the inaugural Tshwane Classic in November, had to choose between the Barberton race and Sunday’s the Fast One, in which she was runner-up last year.

“I decided to do this one because it has more climbing and may be better preparation for the rest of the year,” she said.

She is aiming at a spot on the podium, but foresees a few challenges.

“I’m a strong climber, but I have to ride better, tactically. I don’t always think about what I should do in a race.

“I must also improve my technical skills and ride well on difficult single-track sections. If I don’t, it could cost me.”

Oelofse is aware that she will have to pace herself well from the start because of the 12km climb just as the riders leave Barberton.

“I’ll have to go steady in the beginning because it will be a long day in the saddle.

“Nutrition and hydration will be crucial as humidity will play a huge role. I’ll have to think about it constantly.”

The Team Bestmed rider recently won the time trial and finished second in the Gauteng Provincial Road Championships; a sure confidence booster ahead of the Barberton race.

“Winning the time trial gave me a lot of self-assurance because mountain-bike racing is rather similar.

“You’re on your own most of the time. It’s not like road races in which you can sit in a bunch and rest your legs while the others do the work.”

Oelofse said she would like to combine mountain-bike and road racing this year.

“Mountain biking makes you strong, and road racing gives you that cadence and endurance. I look forward to setting a good balance between the two.”