Cycling SA have appointed Bonga Ngqobane to coach the South African cycling team to take part in the U23 Tour de L’Espoir in Cameroon. The race starts on January 31.

Ngqobane has also provisionally been named as the coach of the SA team to compete in the Tour de Taiwan from March 11 to 15.

The 26-year-old, a keen cyclist, is the founder of the Bonga.org cycling academy and assistant manager of the Sampada Cycling team. 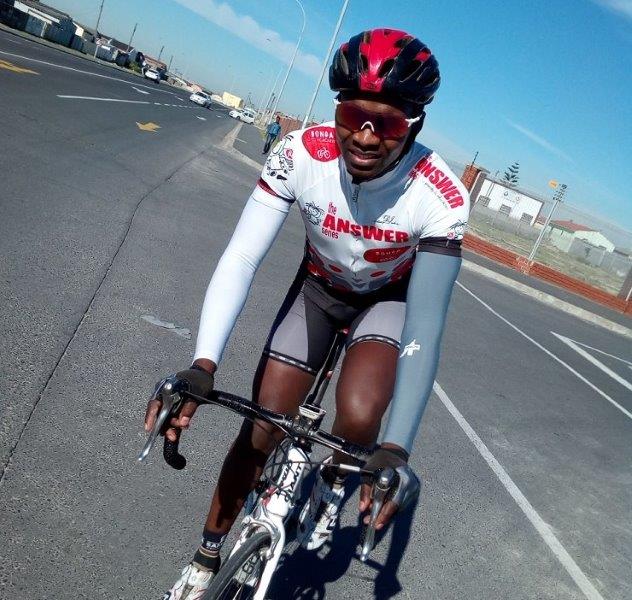 Bonga Ngqobane, pictured here, has been appointed to coach the South African cycling team to take part in the U23 Tour de L’Espoir in Cameroon. Photo: Supplied

The Under23 team’s main aim was “to win one or two jerseys” in Cameroon he said today.

“It’s all about going out there and getting the riders to stick to the plans, to do their best and produce results. I’ll be very proud if we can do that.”

Ngqobane, who had expressed a desire to address the issues surrounding transformation in cycling, said: “It was always my dream to represent the national team, but I never had a chance to do so.

“It feels great to be coaching the team, instead. It is a privilege to be handed this opportunity and to be entrusted with the task of leading the team.

“It’s good to receive recognition for what I’m doing,” he added.

“Last year I was appointed to chair the transformation commission. And then I became a national selector.”

His work in cycling development and coaching in Khayelitsha since 2015, as well as his involvement with Sampada in Pretoria, “got me to where I am today,” he told In The Bunch.

After the Tour de L’Espoir, the six riders in the U23 side will return to their teams before the selectors choose the team to go to Taiwan.

“The riders for the Tour de Taiwan will be a mix of Under-23 and elite cyclists,” Ngqobane said.

“As selectors, we will monitor the performances of the Under-23 riders until March, but we also have to watch other riders who come through the ranks.

“We will then draw up a long list of riders to be considered for the national team,” he added.