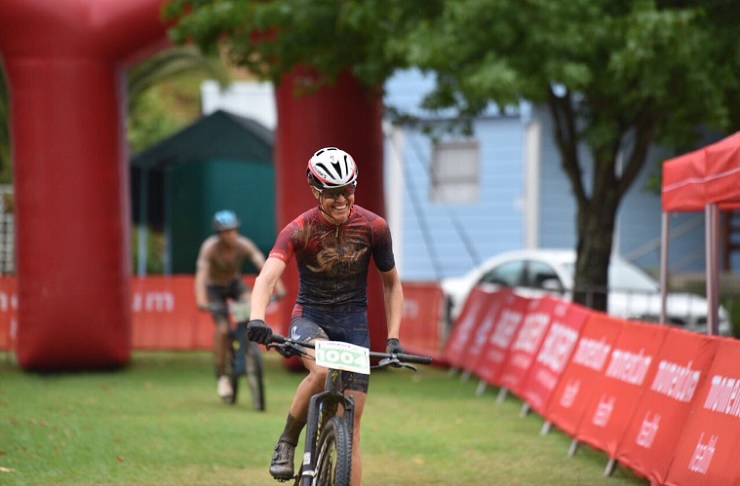 Lüthi, who had returned to her “routes”, said afterwards her victory was a particularly special one after two winless years.

“It’s great to know you can come back from a bit of a dip and win again,” she told In the Bunch. “This was probably one of my more emotional wins.

“It was a very strong field. I’m actually in disbelief. I’m very pleased,” she said, recalling that “last year’s race didn’t go well for me.”

The Team Spur rider showed her strength when the riders reached the first big climb.

“Most of the women stayed together up to the first water point, about 40km into the race, just before the climbing began.

“That’s when Sabine, Jennie, Candice Lill, Yolande de Villiers and I broke away,” she said.

“I tried to put pressure on them on the downhills and technical sections, because those are my strengths.”

Spitz, Stenerhag and Lüthi went to the front at the Queen of the Mountain stage of the route.

“I had to let go of Sabine going up the climb, so that I could overtake her on the downhill,” Lüthi said.

“It was quite a rough descent, but it paid off when I managed to pass her. From there, I didn’t see any of them again.”

Lüthi, with no mechanical problems to hold her back, held her lead for the remaining 60km of the race.

Spitz, however, had to deal with a punctured tyre later in the race.

“The tyres I chose were really good to me,” Lüthi. “They had a strong casing, so they were a little heavy. But they allowed me to ride harder, especially through the wet areas.

“It was important to be safe and not to hit those rocks the wrong way.”

Despite her sizeable lead, the last stretch was the most difficult part of the route.

“There were strong headwinds on that open gravel road. After that, I was really tired but I just had to keep on pedalling. Mentally, it was a really difficult race.”