Ariane Lüthi returns to the place where her South African cycling career began when she competes in the Attakwas Extreme MTB Challenge in Oudtshoorn this weekend.

The 2013 and 2016 Swiss marathon champion and five-time Cape Epic winner says the 2011 Attakwas was the first marathon in which she participated after arriving in South Africa.

She had also competed in the Cape Pioneer Trek in 2010 and the first stage of that race was actually along the Attakwas route, she told In The Bunch. 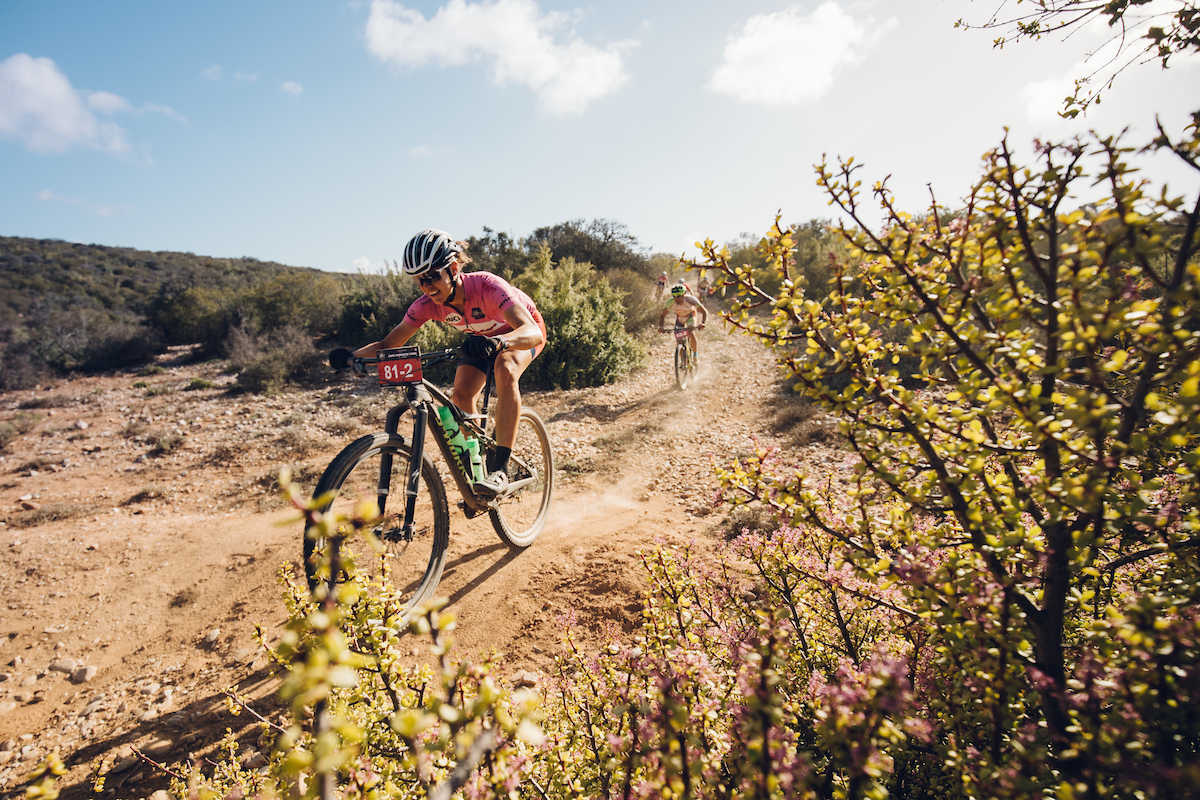 “That was where it all started for me in South Africa. In that sense the Attakwas is a pretty special race,” Lüthi said.

The Team Spur rider, who finished fourth last year, went on to win South Africa’s toughest extreme one-day mountain-bike race five times out of the eight since it was launched.

“The Attakwas valley is really rough,” she said. “And it’s even harder if you have mechanical problems.

“But all in all, I have great memories of this race. That’s why I’m looking forward to giving it another go on Saturday.”

Lüthi, who lives in Stellenbosch when she is not in Switzerland for the European racing season, uses the Attakwas as a building block in her preparations for the Cape Epic in March.

“This is the first big test before the Epic and everyone has been preparing for it.

“The goal is always to win the Attakwas, but I’ll just give it my best. If I get a good result it will obviously be great for me; otherwise I’ll definitely know what to work on,” she explained.

Lüthi feels the 121km route suits her well because she is a marathon specialist.

“I really like the route and it suits my riding style. But the gravel road towards the finish at Great Brak River is mentally tough, especially if there’s a headwind, because by then everyone is tired.

“It’s a rough race, overall. There are few man-built trails, which means the nature of the route can change within a year. Sometimes there’s also a little more water in the valley.”

“I think the biggest favourite will be Sabine Spitz, who is new to the race,” said Lüthi.

“This is definitely going to be the most exciting Attakwas race, and the hardest one to win,” she predicted.

The Attakwas gained International Cycling Union status in 2016 and this year is part of the UCI MTB Marathon Series. It is also one of only five held outside Europe.

“It’s great that a South African event has UCI status and it’s wonderful to get some points for the mountain-bike marathon world championships, for which the riders are seeded,” Lüthi said.

Another change that the UCI status brought was that the women now start separately from the men.

“For me that is the biggest benefit. It’s so important for women’s cycling and for the race. It’s not a real women’s race if we are mixed with the men.”