Victory at the Cape Pioneer Trek was special to women’s winners Amy McDougall and Ariane Lüthi, largely because it was such a trying seven days.

For Lüthi, who finished second in the Swiss Epic last month, it served as affirmation of her abilities after a determined performance that saw them latch and hold onto the pink jersey from day one.

The five-time Cape Epic champion was deeply disappointed when she missed a podium at this year’s event in March and said she felt the Cape Pioneer Trek was a turning point. 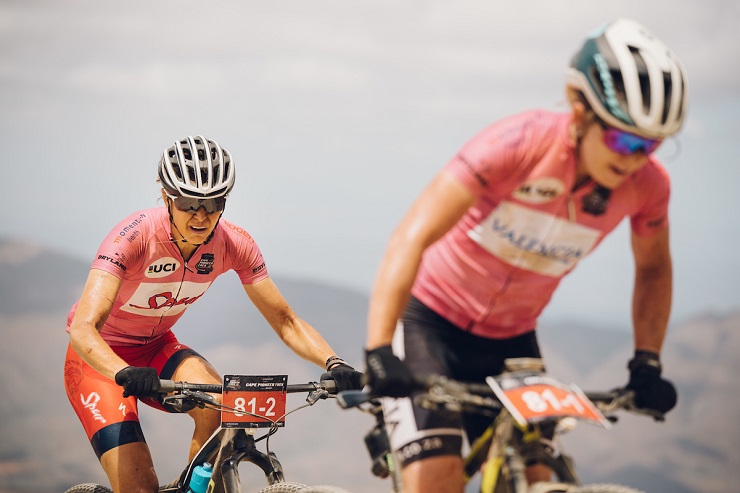 Ariane Lüthi (left) and Amy McDougall turned themselves inside out on the penultimate stage of the Cape Pioneer Trek to retain the pink jersey. Photo: ZC Marketing Consulting

“When you get into that losing streak it can be hard to get out of it so mentally this race might have been a bit of a breakthrough,” said Lüthi.

“To achieve such a big win against accomplished women like Robyn (de Groot) and Sabine (Spitz) really means a lot.”

The 34-year-old said the win was even more meaningful as it was the first South African stage race she ever did.

She made her maiden appearance in 2010 with friend Patrick Griessen and together they won the mixed category, an achievement she said kick-started her professional career.

Victory this year was far from easy though, admitted Lüthi. McDougall was battling a chest infection and with De Groot and Spitz as their competition, the Spur-Valencia team knew they would have to fight every step of the way.

She said the 96km opening stage was a key victory – one of only two – for them. It was over the first two days that they were able to create a vital seven-minute gap between them and the Ascendis Health duo.

De Groot and Spitz took their first stage victory on day three, but it was on the fourth stage that Lüthi and McDougall realised just what a fight they had on their hands.

“We thought the time-trial would suit us so it was quite disappointing for us to lose that. We then realised how strong they were and we knew it would be a very interesting second half of the week,” said Lüthi.

The race was theirs to lose and it almost became a reality on the penultimate stage, when McDougall really started to feel the effects of her illness. 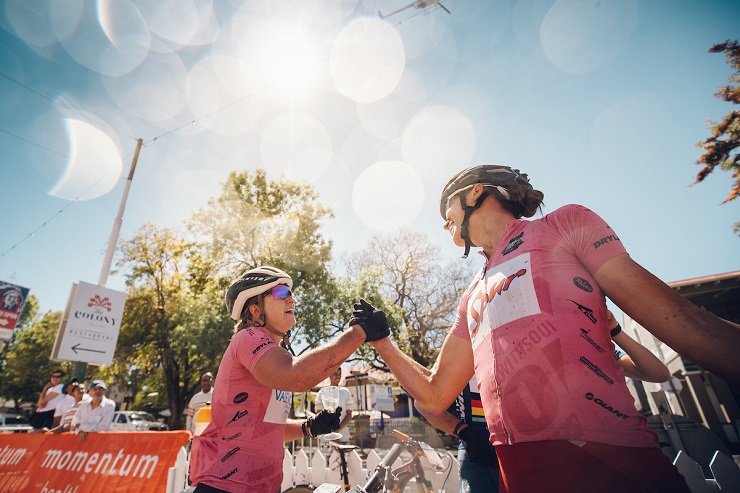 The pair quickly fell behind on that day, but, through sheer determination, were able to claw their way back to the front to finish second to De Groot and Spitz.

“We definitely defended our jersey in a great way there,” said Lüthi. “We basically turned ourselves inside out on that stage and mentally it was very tough.”

McDougall, who raced the event once before in 2011, admitted she did not know how she had managed to turn her performance around that day.

“I finished every day asking how I was going to be able to do it again the next day. I buried myself every single day, more than I have ever,” said the 28-year-old.

She agreed that stage six was by far the hardest, both mentally and physically, but in the end the overall reward was worth it.

“There were times where I thought we’d definitely lost it, but we didn’t give up. It’s a huge honour and I’m ecstatic to have won it.”