Buys, who alongside Beukes won the Wines2Whales race near Hermanus at the end of last year, said their goal was to win the overall general classification.

“All in all, we had a solid ride and we are happy with our form for now compared to the other guys,” he said. 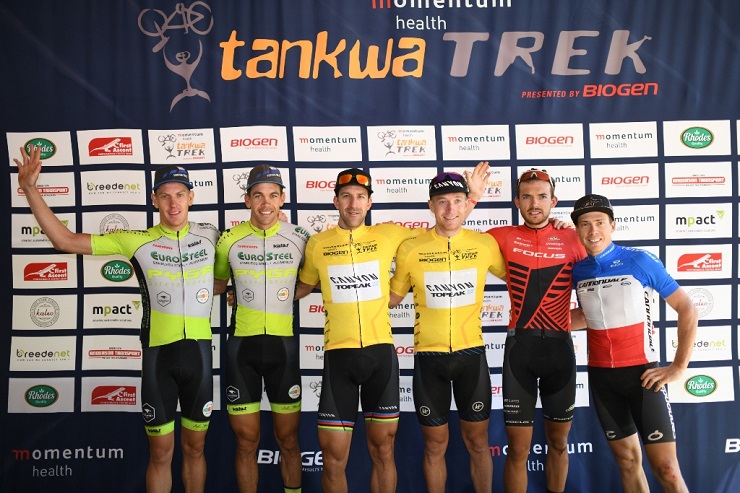 Buys added that they struggled with cramps up the final climb on the first stage, an 83km challenge through the Witzenberg Valley, where they ultimately finished fourth.

The second stage featured an 83km struggle from Kaleo through the Bokkeveld to Ceres and the PYGA Euro Steel riders again finished fourth. “During this stage we had to plug a tyre on the last downhill of the day.

“The final stage was just flat and fast and it would have been difficult to get away from anyone so we just tried to stay at the front and out of trouble in the main bunch,” he said.

Buys and Beukes (who is this year’s Attakwas Extreme MTB Challenge champion) finished second in the third stage, which resulted in a third place overall.

It was the first Tankwa Trek for the PYGA Euro Steel pair and Buys praised the terrain and route.

Buys and Beukes said they were happy with their overall performance.

“As for the result, a win would’ve been nice,” said Buys.

He added that this was a good indication of their form compared to some of the riders they would face at next month’s Cape Epic.

“We now know how much more we have to do in the next few weeks. For us, the main purpose of this event was to analyse and adjust everything for the upcoming Epic,” concluded Buys.