Carl Bonthuys is hoping to hit his straps at the 110km Tour de PPA in Durbanville, Cape Town, on Sunday.

Bonthuys, who represented the South African under-23 side at the Tour de L’espoir a few weeks ago, said his goal was to start “getting results”.

“I took quite a bit of confidence out of a decent ride in Cameroon [Tour de L’espoir] and in the SA champs.

“I would like to get a good result at the Tour de PPA as well, potentially a top-three if my legs are good.” 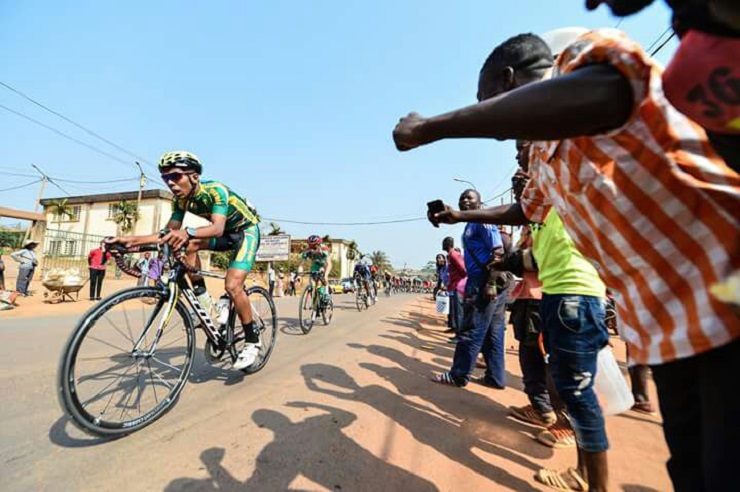 Carl Bonthuys, pictured here in South African colours at the the Tour de L’espoir, is hoping to hit his straps at the Tour de PPA on Sunday. Photo: Full Gas Racing

Bonthuys suffered from a virus between June and September last year which set him back heading into the off-season.

His goal was always to finish in the top 10 in the under-23 category at the SA National Road Championships, which he managed to achieve.

“It was important for me to set quick targets that I was able to reach,” he said. “I achieved it, which is a good sign for the rest of the season.”

The 22-year-old, who stays in the same area of the race, admitted he is not in his best form but feels he is “beginning to ride a lot smarter”.

“I’m confident I can get a good result this weekend. I also feel like the route profile is better suited to me than most of the other riders,” Bonthuys said.

“In many other road races the routes aren’t typically as hard as the Tour de PPA and since I stay near to Durbanville I have trained on the routes in the past.

“The routes are not foreign to me; I know what to expect. There are quite a few steep climbs both in the beginning and near the end, which should suit my abilities.”

He is especially looking forward to the finish, Bonthuys said. “If the finish is how I understand it to be, I will enjoy it.

“There are those few steep climbs, which to have at the end of the race could play to my strengths.”

He would not know who to watch out for until the day of the race, Bonthuys added. “I would like to do well overall and not just in the U23, but I’m not too sure who is going to take part.

“The Herald Cycle Tour Road Race is also on this weekend, so a lot of top riders may be competing there as well. I’m too sure how my competition will be.”