Eritrean Henok Mulueberhan won the fourth and final 80.5km stage after beating Chokri in the final sprint for the line. 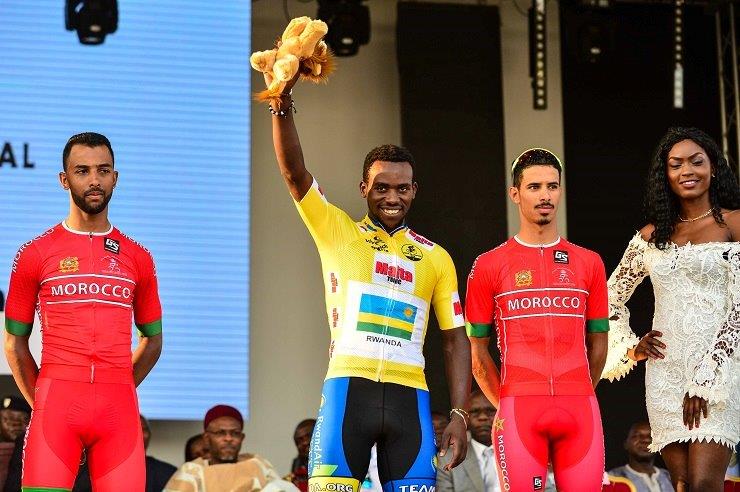 South Africa’s Aidan van Niekerk was on top of the GC for his country, finishing eighth on the final stage and fifth overall.

SA coach Bonga Nqgobane commended Van Niekerk for stepping up to the plate when the team “lost some legs on stage three”.

“Aidan made a very good move to close the gap in the second last lap of the third stage,” Ngqobane told In the Bunch today.

“The team lost some momentum and Aidan stepped up and finished sixth on the GC after stage three.”

The team also put in a good collaborative effort in the fourth stage to help their GC leader, Ngqobane added.

“Carl [Bonthuys] put in all the hard yards for the team, trying to distract the other teams every minute from launching attacks. He managed to counter most of them.

“Mornay [van Niekerk] made sure no breaks got away, which enabled Louis [Visser] to make a break with two other Mauritian riders.

“Mornay had to stop for an emergency during the race, but then did well to chase his way back to the bunch.

“Aidan fought very hard to fight for a top-five GC position,” he said, “and I’m proud of how Joshua [Francis] and Daniyal [Matthews] also fought for the team since day one.”

Ngqobane, who will coach the elite SA team in the Tour de Taiwan next month, said he was grateful to have been given this opportunity to lead “these young and up-and-coming riders”.

“I want to thank the boys for believing in me on my first tour with them,” he said. “I learnt a lot from this tour and I feel ready for the next one in Taiwan.

“I would like to share the experience I gained with all the persons of interest and the Sampada Cycling management.”

Ngqobane said he took his hat off to the standard of cycling in Africa. “African riding is just on another level,” he said.

“The Rwandans, Eritreans and Ethiopians are exceptional and I give them a lot of respect.”