Clint Hendricks said winning the 106km Herald Cycle Tour Road Race in Port Elizabeth on Sunday had boosted his confidence ahead of the rest of the season.

Hendricks described the race as one of the biggest on the calendar. “It should be one of the big five,” he told In the Bunch today.

“In terms of the amount of exposure and coverage [generated], it is right up there with the Cape Town Cycle Tour, 947 Cycle Challenge, Amashova Durban Classic and Tour Durban. I’m pretty stoked to have won it.” 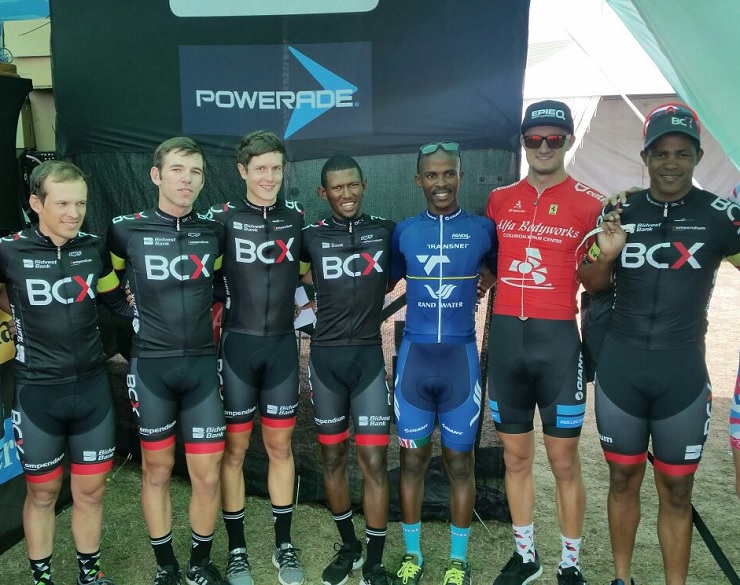 Hendricks, who had just joined BCX in December, said the goal was always to keep the title in the team.

“Nolan [Hoffman] has won the race six times before and if it came down to a bunch sprint we would have helped him.

“I’m glad I could have been there to provide back-up and we [BCX] are all just happy to keep the title.”

Hendricks felt the route was “one of the few that suit my abilities”.

“It wasn’t too hilly or too flat; it catered for everyone. The Maitland climb was, for me, a big factor in the race even though it was far from the finish.”

The 26-year-old believed the victory would stand him in good stead ahead of the five-day Tour of Good Hope in the Cape Winelands next week.

“My goal is to try to win all of the big classics in the country and the Herald Cycle Tour was one of them. It gave me a big confidence boost ahead of the Tour of Good Hope.

“It was a good indication of where I am at and where I can improve. I had to push myself, so mentally it prepared me well.

“The race was a good stepping stone ahead of the first part of the season.”