Ride for Sight defending champion Heidi Dalton will be eyeing another title when the race takes place in Boksburg on Sunday.

The Demacon rider said it would be great to repeat the win, especially because they have a strong team this year.

Dalton, who tackled the race on her own last year, will be joined by newly crowned national road champion Carla Oberholzer and team captain Lynette Burger, who has a few Ride for Sight titles under the belt. 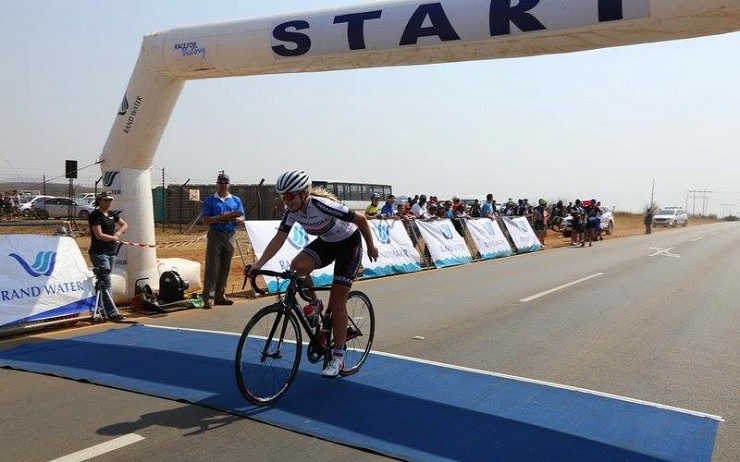 “I think between the three of us we each have a card that we can play. I don’t know who we will be riding for yet, but I’m sure one of us could possibly win,” said Dalton.

The 22-year-old will go into the 116km feature race hoping to defend her title, but also to ride well for her team.

“We’re doing great at the moment so I don’t really have any strategy. It will be awesome to win – if not me than one of my teammates,” she said.

The Race for Victory champion said the competition would be stronger this year, with names such as Jo van de Winkel and Yzette Oelofse on the line.

“The racing will definitely be harder and our team like to race aggressively. Jo and Yzette are really strong at the moment so we will keep our eyes on them,” said Dalton, who was crowned last year’s national road champion.

She added that she was in fairly good shape, after falling ill prior to the SA National Road Championships.

“I wasn’t going into that event with great form, but I feel like this week went better for me as I’m not feeling sick. Together with Carla and Lynette being in top form, I think it will be hard to beat us,” said Dalton.

The Ride for Sight is a seeding event for the Cape Town Cycle Tour, which is Dalton’s next big goal.

“This is a fairly important race, but it’s not my main goal. Obviously we would love to win everything that we take part in so it’s still a big one for us,” she said.

Last month it was announced that her team would be racing on HEAD bicycles this season and Dalton is excited about using this brand’s top-of-the-range cycles for her racing commitments.

“It’s going to be something completely different. We’ve never ridden on HEAD bicycles before, so when we do get the chance it will be awesome.”