Demacon Women’s Team rider Kim le Court will be back to defend her title when the Bestmed Berge en Dale road race takes place near Krugersdorp in Gauteng next weekend.

The 21-year-old Mauritian national is in line for a hat-trick of titles, but said she felt the field would be seriously competitive for the 107km road classic on February 24. 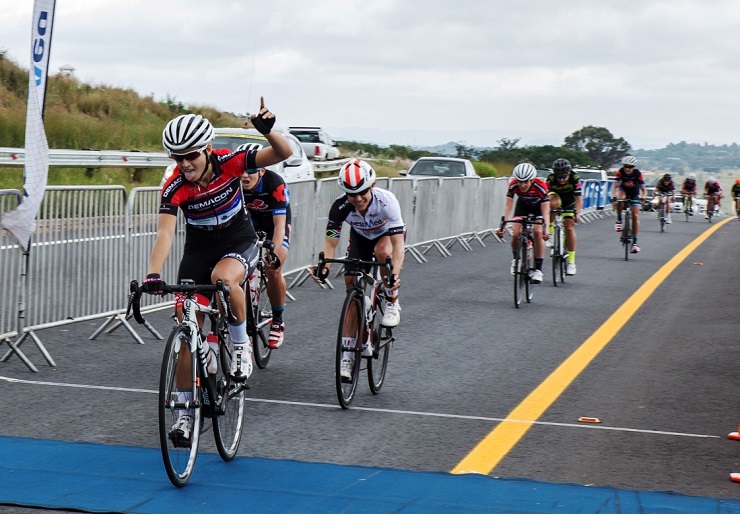 “There are a group of strong riders in South Africa now and with the SA road champs just a week ago and people looking ahead to the Cape Town Cycle Tour next month, everyone’s in good form and it’s going to be tough,” said Le Court.

She added she was enjoying her second year with the four-rider Demacon team, who have HEAD Bikes SA as their equipment sponsor this year.

“That makes it much easier mentally and everything is so well organised. We understand each other, communicate well and commit ourselves to what is decided.”

Le Court said they had no specific lead rider, but would gauge things before and during the race to make sure they delivered someone to the podium.

The Berge en Dale, presented by Optimum Financial Services, starts at the Cradlestone Mall in Muldersdrift on the West Rand and is a seeding event for the Cape Town Cycle Tour. Entries for the race close tonight.

Besides the main event, there will be a 59km road race as well. The mountain biking component has been cancelled this year.