Team NAD’s Nico Bell finished just short of a podium spot, but was the first South African home at the Sabie Classic in Mpumalanga yesterday.

“The Bulls team set the pace in the beginning and they made it quite hard. When we reached the Mamba Switchbacks, Urs went a little bit harder and I sat on his wheel,” said Bell. 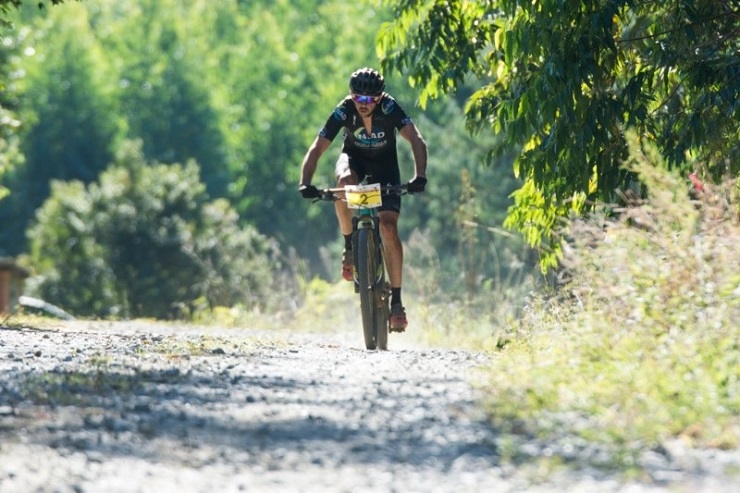 “I tried to go with him and hung on for a while, but then I wasn’t able to keep the pace. He was just over a minute ahead of us when we reached the king of the mountains.”

Bell said for the rest of the day it was just him chasing Huber, together with teammate Wessel Botha and Stiebjahn.

“It was quite difficult to race like that and to have to chase as well, because you’re not racing for second or third – you’re racing for first.”

Böhme then joined the three riders as he was fast on the slippery singletracks. Bell said the pace was slower as they did not want to crash and take themselves out before the Cape Epic next month.

“We played it a little bit safer on the singletracks. Tim went straight to the front and smashed it. After pacing for 50km, I was quite tired.

“We tried to go with them and eventually they gapped us on the singletracks. Then it was pretty much me coming in fourth and Wessel in fifth.”

Bell’s goal for the race was to do well and achieve a podium place.

“Just being outside the podium wasn’t great, but it was good training for the Epic. We just wanted to make sure we reached the end without crashing or hurting ourselves. Last year, Gawie [Combrinck] crashed twice and injured his leg, so that took a toll on us for the Epic which is the bigger picture for us,” said Bell, who won the Barberton XCM MTB Challenge last month.

He mentioned that the Sabie Classic was a nice event to do, but the weather did not always play along.

“It can be quite slippery, or very hot and humid. The challenge this time was trying to stay on your bike.

“At one stage I was riding just behind Simon with about 10km to go, and just in front of him was Tim. We were about 200m apart and it was super slippery riding up the climb. Both my wheels washed out under me and I fell down, which is where the gap also went.”

Bell said he knew the pace would be hard as they were riding with an international field, which happened at the recent Tankwa Trek as well.

“The Bulls riders don’t start as fast as the cross-country guys. They like a slower start, so that also suited us at the beginning of the race just to get into it.

“Urs is super strong on the climb, so we knew he was going to put down the pace. It was good to have strong competition rather than just to race by yourself. This also allows you to see your level and where you’re at and need to be for the Epic.”