Combrink, who finished second, had taken control “when the going got tough” during the 110km race, Bell said today.

“Gawie and I stuck together for most of the way. We had the numbers on our side and that helped when I hit a rock and had to do a tyre repair.

“Gawie broke away from the group before the next big climb. He took control at the front until I managed to catch up.” 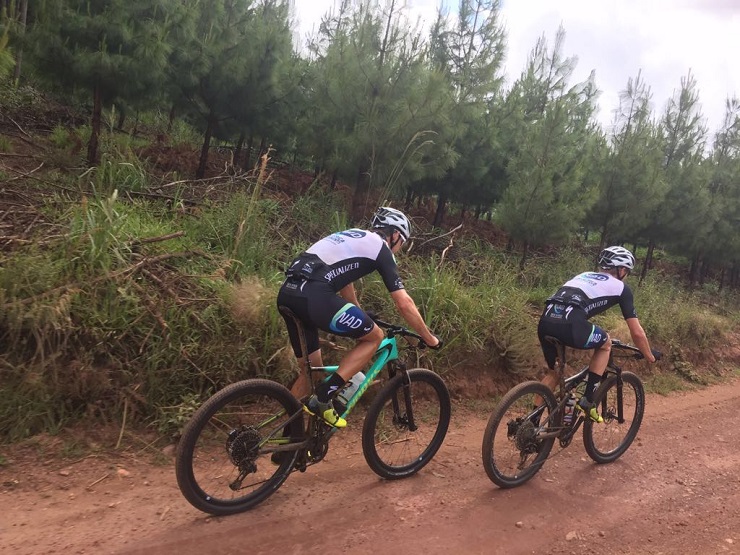 Alan Gordon, who had hoped to win this year after finishing second to Henry Uys in the previous two years, and Stephanus Reynecke were chasing them.

“Unfortunately for Alan, he broke a carbon wheel and had to withdraw from the race.

“Gawie and I just kept a steady pace. We helped each other and eventually opened a five-minute gap by the 50km mark,” Bell said.

“We played it safe and rode consistently until we reached the final stretch. Then we decided to have a go for the finish, even though we are teammates.

“I made him go wide in the sprint and won by two seconds,” said Bell. “But Gawie was definitely my toughest opponent on the day.”

The result was a good one for him as well as his team, Bell added.

“Gawie also won stage three of the Mpumalanga Tour. It’s a great start to the season for us.”

Bell was 16 years old when he competed in the Barberton race for the first time in 2000 and won the title in 2014.

Now 34, he has set his sights on the Tankwa Trek on February 8. “We’ll have two teams there,” he said. “After that, it’s the Cape Epic, for which we’ll have one main team.

“The Barberton was really good preparation for the big ones to come.”