South Africa’s most promising pairing of Matthys Beukes and Philip Buys will be looking to become the first all-African team to win the overall Cape Epic title when the race starts on March 18.

In the past Buys has won the red African special jersey three times, while Beukes has won the Burry Stander Memorial trophy four times. 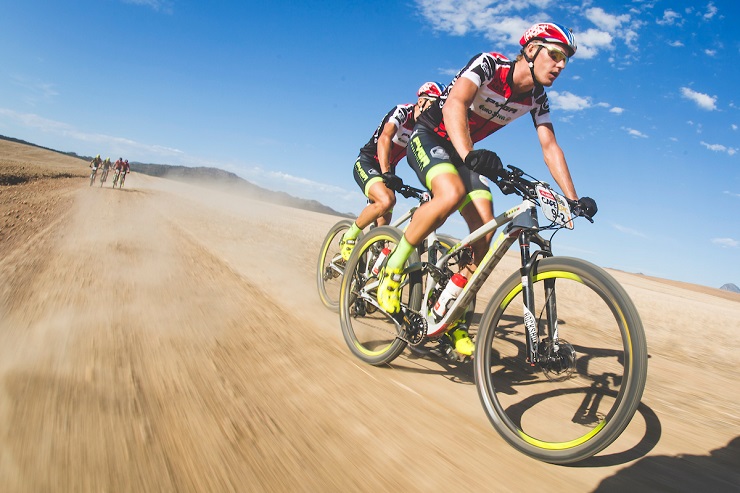 Matthys Beukes and Philip Buys, pictured here in their red jerseys, will be looking to make history at the Cape Epic this year. Photo: Ewald Sadie

This year the PYGA Euro-Steel pair, who recently finished third overall at the Tankwa Trek and seventh in the Cape Epic last year, have their eyes on the winner’s yellow jersey.

“Our first ambition is to win the general classification,” Buys said, “but we will have to constantly assess and adjust our plan after each stage.

“If we find ourselves too far off a general podium position, then we will back off a bit to try and get stage wins and secure the [red] African special jersey.

READ |  Cape Epic to proceed as planned, despite coronavirus

“We want to compete against the best in the world, not just against the locals, so we want to keep elevating our goals.”

With 11 Cape Epic races and five stage wins to their names, they have plenty of experience between them. “If you look at the stage distances, the first half of the race seems to suit the marathon riders while the last few suit the cross-country riders more,” Buys said.

“I think that in general, cross-country riders – or riders with more skill – are more efficient and save a bit more in the long run.

“That would be important during the end stages of any multi-day stage race. The shorter and more technical stages seem very attractive.

“We have proven before that going for the queen stage can also pay off for us. We will maybe go big when everyone least expects it.”