PYGA Euro Steel duo Matthys Beukes and Philip Buys will be unable to defend their joBerg2c and sani2c titles this year due to the latter still battling with a debilitating illness.

Buys was initially ruled out of the Cape Epic just a couple of days before the eight-stage race began after contracting a Coxsackie viral infection. 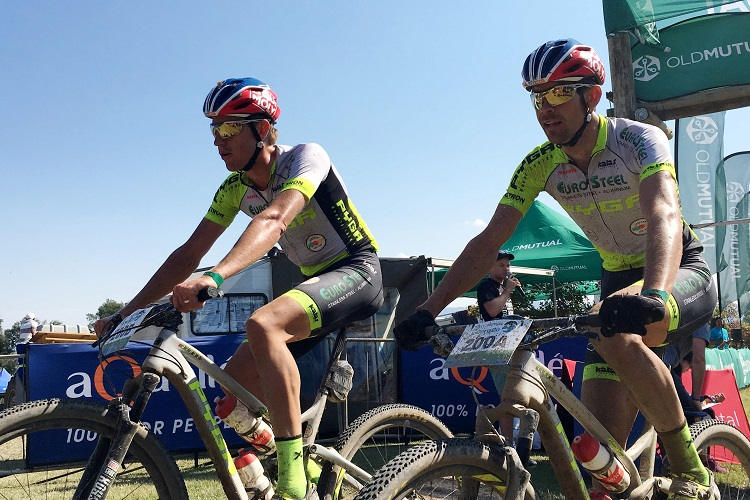 Still in recovery, Buys won’t compete in the nine-day joBerg2c, which starts on Sunday, and is also in doubt for the three-stage sani2c beginning on May 10.

“I am definitely out of the joBerg2c. There are still quite a few tests to be done and they cannot be done before the race starts,” Buys told In the Bunch.

“Fitness-wise, I have also been off the bike for over a month so I definitely will not be strong enough, anyway, to win it with Matthys.

“For him it will just be a frustration because he is in super shape.”

There is hope he may be back for the sani2c, but not with Beukes.

“There is no rush, but hopefully that [sani2c] is where I can make my return,” Buys said. “However, it probably will not be with Matthys because by then I still will not be strong enough.

“I will probably ride with one of our other team riders, Phillimon [Sebona].”

Buys is definitely on the mend, however. “The last two days was actually the first time I have not felt any flu symptoms,” he said.

“Before that I still had a sore throat and post-nasal drip. It seems like it is going away, but it is a slow process.

“It has been getting better but super slowly, so I will have to get the tests and scans done to see how riding may affect my heart.

“I am definitely not in shape to win any race, but I am feeling better.”

Buys said he hoped to be back to full fitness for the second half of the season.