The 29-year-old South African returned to racing in mid-May after lengthy injury-related lay-off.

“I’m very excited to be selected as part of this strong team,” he said after the announcement of the eight names today.

“I had serious doubts whether I would be back in time for this year’s Tour de France.” 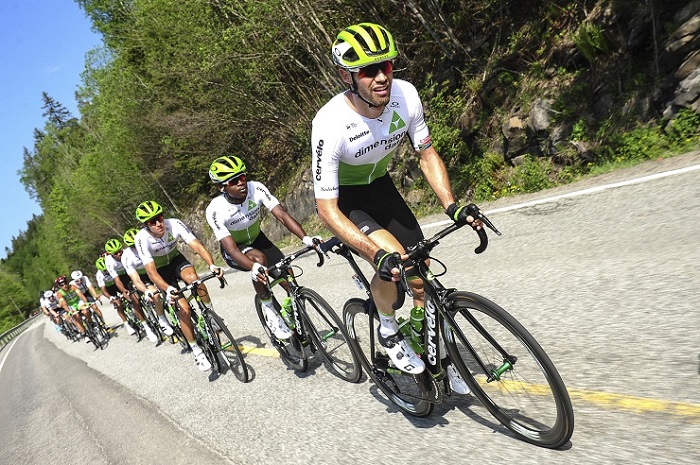 South African Reinardt Janse van Rensburg, who will be in the Team Dimension Data line-up his fourth Tour de France when the 21-stage race starts on July 7. Photo: Stiehl Photography

It had been a difficult journey, but the break from competition had given him an opportunity to grow stronger as a cyclist and a person, he said, adding that he was ready to give it his all once more in the Tour.

“I’m confident that with this team we can achieve stage wins, and I hope to play a key part. I’ll be looking for any opportunities that come my way.”

Also in the line-up is 30-year-old Jay Thomson, who will make his Tour de France debut.

“Ever since I can remember I’ve spent hours and days in front of the TV watching heroes being made and guys fighting it out for glory on the roads of France. I’m honoured and proud that this year I’ll be part of the 105th edition,” Thomson said.

“I’ll be proudly riding with the South African armbands as a previous SA champion and we’ll look for stage wins throughout the tour.”

The team captain is Mark Cavendish, who has won 30 stages of the Tour and a total of 48 Grand Tour stages in the Tour de France, Giro d’Italia and Vuelta a España.

“I’m so excited to be able to ride the Tour de France again, and for the third time in Team Dimension Data,” Cavendish said.