Stuart Marais will be back on the start line as he aims to defend his Eston MTB Challenge title at the Eston Club in KwaZulu-Natal on Sunday.

Marais, who finished the 60km course in 2:30:46 last year and beat Julian Jessop and Andrew Hill to the line, said he felt it was a significant event.

“It’s a bit of a special race and I’ve been doing it for a few years now. It’s always a bit of a tricky one though as the course is flat, so it’s very hard to get away from people.

“There’s also a King of the Mountains 3km in which adds a bit of a different dynamic. I’ll play my cards as the race unfolds and see how it goes from there.” 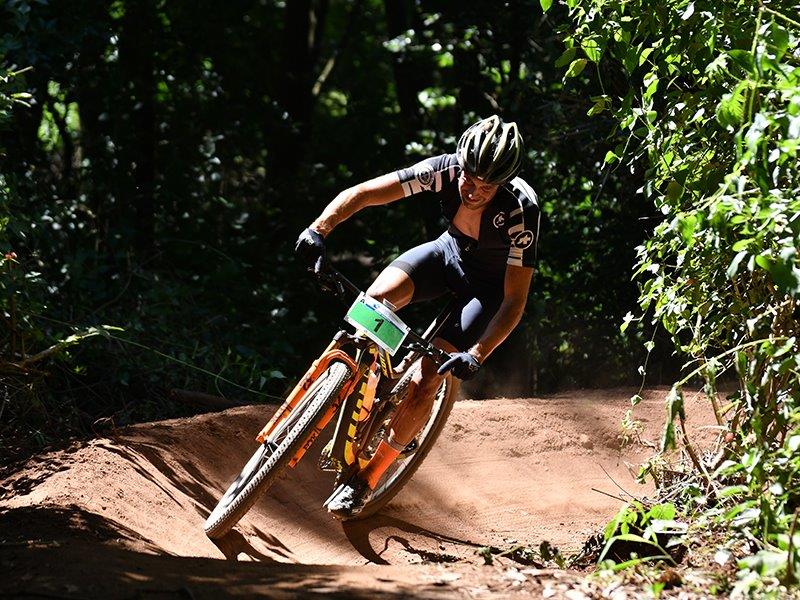 Stuart Marais hopes to defend his title as he lines up for the Eston MTB Challenge at the Eston Club in KwaZulu-Natal on Sunday. Photo: Gavin Ryan/Quikpix

Last year was the first time the 29-year-old won the event and he said it was a tussle between Jessop and himself.

“Unfortunately he had a bit of a mishap with one of the fun riders coming into the finish line and was taken out, which allowed me to win.”

He added that this was always an enjoyable event and he liked to do it each year as it took place at the end of a small block of racing.

“There’s lots of fun and flowing singletrack in the middle of the course, which is really great. It’s a really neat balance of everything.

“The challenging part is that it doesn’t have a lot of climbing, which makes getting away from guys quite hard.”

He added that there was also a long downhill drag to the finish, which made any form of breakaway hard to stick.

“After this I’ll start building up for the Marathon World Championships in Italy in September, as well as a few other races towards the end of the year.”

The qualified mechanical engineer recently announced that he had managed to secure sponsorship after a two-and-a-half year struggle.

“I’m glad that Expedient Africa and Pietermaritzburg-based Moving Parts Tractor Spares came on board. It has reduced a lot of pressure and taken stress off my shoulders.

“I don’t really have to worry as much whether I’m going to make it from month to month and put food on my table, which makes things a lot easier.”

He also felt there was a lot less stress going into events. “The less stress you have, the better you tend to perform. It has definitely made a huge difference to my racing.

“It’s going to take a little while before my true form starts to show as it’s still quite recent, but it’s a step in the right direction and I’m looking forward to the rest of the year.”