Prominent cyclist Lynette Burger is in a “pretty critical” but stable condition after being knocked off her bike, said husband David Pieterse.

Pieterse said Burger, 37, was on a training ride early this morning when a minibus taxi drove through a red traffic light and hit her side-on.

“She suffered two punctured lungs, slight bleeding on the brain, a broken collarbone and all her ribs are broken on her left side,” Pieterse told In the Bunch today.

“Other than that, her legs and arms are still good.” 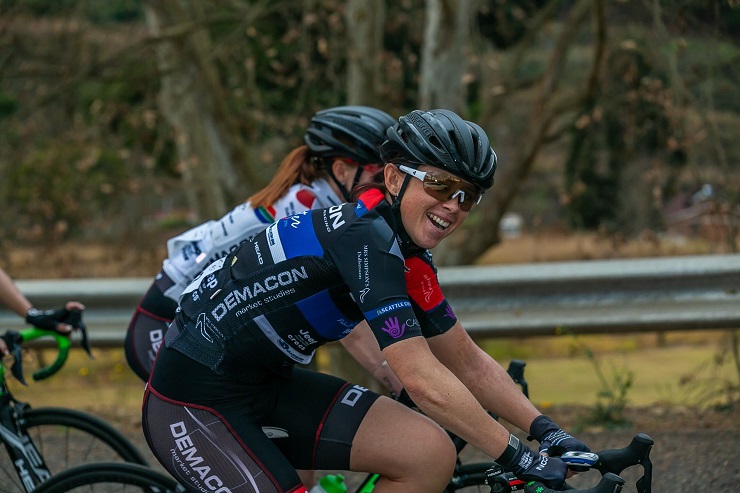 Prominent cyclist Lynette Burger (pictured) is in a “pretty critical” but stable condition after being knocked off her bike, says husband David Pieterse.. Photo: Memories 4 U Photography

Pieterse said Burger went out “as usual” at 4.20 this morning to meet a bunch of cyclists at a busy intersection in Boksburg before a training ride, which was when the accident occurred.

He said there were three eye-witnesses who saw her get hit on her left side by the taxi.

Pieterse gave the assurance that Burger was being monitored by a “very good sports doctor”, Dr Richard Brink, who used to be a part of the Olympic Committee.

“He personally came through and is assisted by a team of another two doctors. They just need to evaluate her condition over the next two days and see how it goes.

“She is obviously a little sedated at the moment and she is currently on a ventilator to restrict her to the minimum of pain.”

He said, however, Burger had been speaking before she was sedated.

“Her eyes and hands are moving and she even kicked her blankets off earlier when she was getting hot.

“If she’s stubborn [like that] then you know she’s still good. That is the fighter she is.

“The only way is to be positive and move forward.”

Pieterse extended his gratitude for all the emotional support he had received since the accident.

“I’ve had calls from all the teams she used to race for in Europe. The Dutch Sports Institute, who are at worlds at the moment, even sent a message.

“I also received calls from Anriette Schoeman, Ashleigh Moolman-Pasio and many others. Those are all the lives she touched.

“Thank you very much for the support from anybody anywhere who has reached out,” he said.

Burger won the Race for Victory in Johannesburg just a couple of weeks ago. She also won the Buffelspoort Road Challenge last month.

She started her season by winning the Fast One Cycle Race in January.

She was also crowned the South African national road champion in 2009 and won the Cape Town Cycle Tour in 2015.